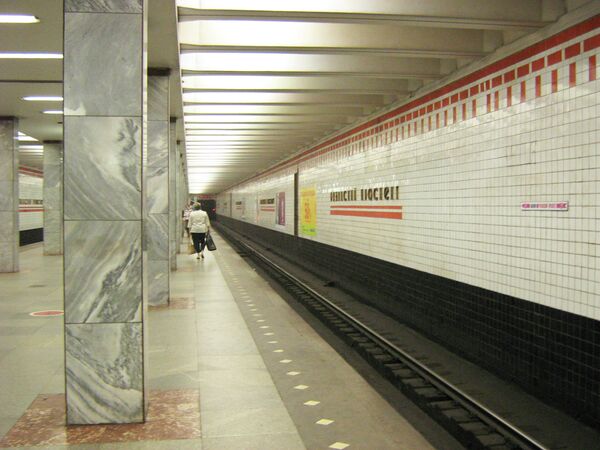 © Photo : VanHelsing.16
Subscribe
The driver of a Moscow metro train was killed after he allegedly fell out of the driver’s compartment while the train was speeding between stations, a police source said Sunday.

MOSCOW, October 20 (RIA Novosti) – The driver of a Moscow metro train was killed after he apparently fell out of the driver’s compartment while the train was speeding between stations, a police source said Sunday.

A train arrived at Moscow’s Ryazansky Prospekt metro station Saturday night driverless, braking automatically as it came into the station, the source said.

The conductor of the train following behind, coming from the previous station Kuzminki, discovered the driver’s body on the rails between the stops, the source added. Apparently, the man fell out of the driver’s cab while the train was in motion.

An Interior Ministry spokesman, Alexei Myshlyayev, seemed to rule out foul play, saying that video surveillance showed the man was alone in the compartment. "Presumably, the driver fell out on his own negligence," he said.

Deaths in the Moscow metro are relatively rare, but are sometimes caused by passengers falling accidentally onto tracks while intoxicated or committing suicide by jumping in front of approaching trains.

In April, the dead body of a man in his 20s was found on the roof of a train car on Moscow’s ring line. He appeared to have been crushed between two cars. Police said the man was probably a “hitcher” – people who ride on the roofs of metro and high-speed trains seeking an adrenaline rush.

Updated with quote from Interior Ministry.