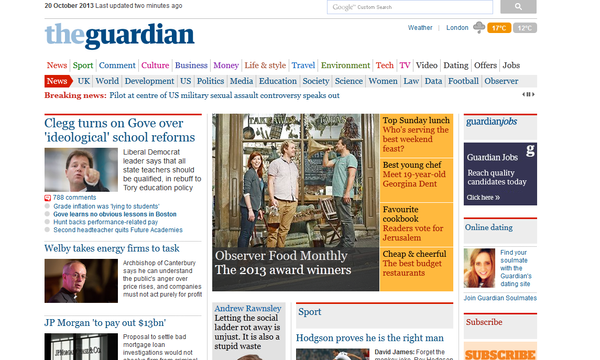 At a Saturday-night awards banquet for the Online News Association in Atlanta, The Guardian took home the Gannett Foundation Award for Investigative Journalism and the Watchdog Journalism Award for its work in exposing massive surveillance programs conducted by the US National Security Agency (NSA).

Snowden, a former NSA security contractor, turned over classified details of the programs to The Guardian in May, saying they were illegal and that he had a civic duty to expose them to the public.

Russia granted the whistleblower temporary political asylum after he fled the US for Hong Kong and then Moscow over the summer, despite repeated demands from the US for his extradition. He is now living in an unknown location in Russia.

Other award winners at the event included The New York Times – recognized for excellence in journalism – and the Boston Globe, for its coverage of the Boston marathon bombing in April.