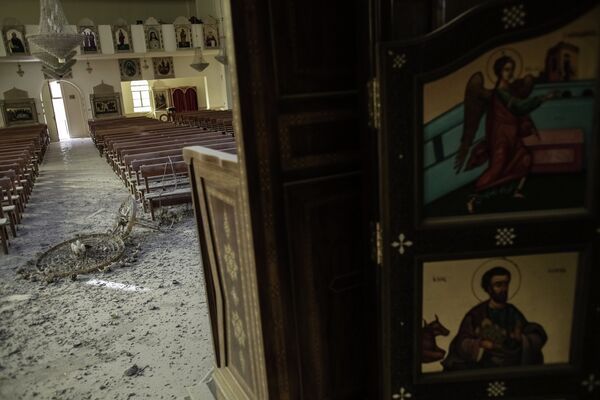 The Kremlin is ready to consider a Russian citizenship request from about 50,000 Syrian Christians when it receives it, a presidential spokesman said Friday.

MOSCOW, October 18 (RIA Novosti) – The Kremlin is ready to consider a Russian citizenship request from about 50,000 Syrian Christians when it receives it, a presidential spokesman said Friday.

“We have not received any requests so far. These documents will be considered in line with the established procedures once we receive it,” Dmitry Peskov said.

The Russian Foreign Ministry on Wednesday published a collective request for a double Russian-Syrian citizenship from a group of Christians living in the Kalamoon district.

The Syrians say in their letter that they are going to defend their homes and “would prefer death to roaming around migrant camps,” but seek Russian protection in case they are “under threat of being physically eliminated by terrorists.”

“We have everything we need, we are not asking for money,” the letter reads.

Russian Foreign Ministry Spokesman Alexander Lukashevich said the issue was up to Russia’s leadership to decide. Russian citizenship is granted by a presidential decree.

Father Vsevolod Chaplin, who heads the Russian Orthodox Church’s press service, said Friday that the Russian authorities should show kindness to these people, who are “in real danger.”

He, however, added that such decisions should be made “responsibly, with full understanding of where those people would live and work.”