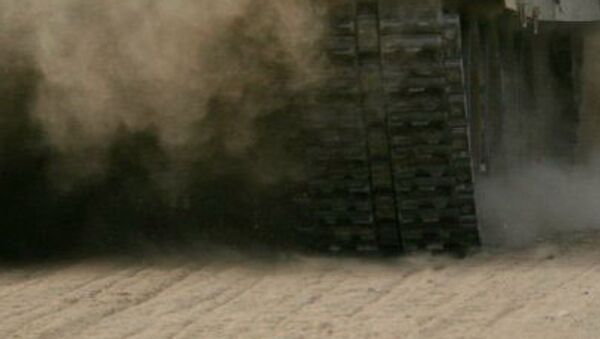 © RIA Novosti . Olga Balashova
/
Go to the mediabank
Subscribe
International
India
Africa
A military conscript in Russia has died after being run over by a tank during a training drill, defense officials said Thursday.

TOMSK, October 18 (RIA Novosti) – A military conscript in Russia has died after being run over by a tank during a training drill, defense officials said Thursday.

“During training at a military base in Yelan, a soldier ended up under the tracks of a tank for yet unknown reasons,” said Alexei Okatyev, a spokesman for the Central Military District’s military prosecutor.

The local edition of the Komsomolskaya Pravda daily said the soldier, Timofei Vasilyev, was alive when military doctors arrived to treat him, but that he later succumbed to his injuries in hospital.

TV2, a broadcaster in Vasilyev’s hometown of Tomsk, quoted the soldier’s brother as saying a similar accident was averted in the Urals town of Yelan about a week ago.

“A tank nearly ran over a group of people. He [Timofei] shouted out a warning, and people managed to get out of the way,” Vasilyev’s brother, Vladimir Sevostyanov, told the broadcaster. “Everything ended well then, but not this time.”

The channel quoted a spokesman for the Central Military District as saying that safety violations are being considered as a possible cause of Vasilyev’s death.

A criminal case was launched against the tank driver on charges of violating the rules for driving a combat vehicle. He faces up to five years in prison if found guilty.