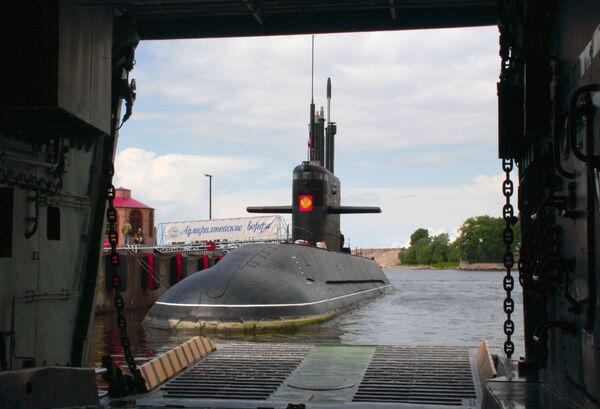 The boat will undergo a series of comprehensive trials, including deep water tests in the Barents Sea, Captain First Rank Vadim Serga said.

Construction of the Sankt Peterburg, the lead ship of the Project 677 Lada-class of submarines, began in December 1997. It was introduced into the Navy for trial operations in April 2010.

Russian daily Izvestia in November 2011 cited navy commanders saying the navy rejected the craft for service after finding fault with various aspects of the boat, including the sonar, the command and control system, and the torpedo. Construction of the class was frozen pending a major redesign.

The navy announced last July that construction of the Lada class was set to resume. It also said work would commence on two further Lada-class craft: Kronshtadt and Sevastopol.

The submarine, which carries six 533-mm torpedo launchers and can fire cruise missiles, is designed to defend naval bases, coastal waters and sea communication lines. It can be effectively employed against both surface ships and submarines.

Russia reportedly plans to complete four to six Lada-class submarines by 2015 and eventually build up a fleet of eight.