US ‘Itching’ to Join Russia in Anti-Asteroid Nuclear Defense – Report 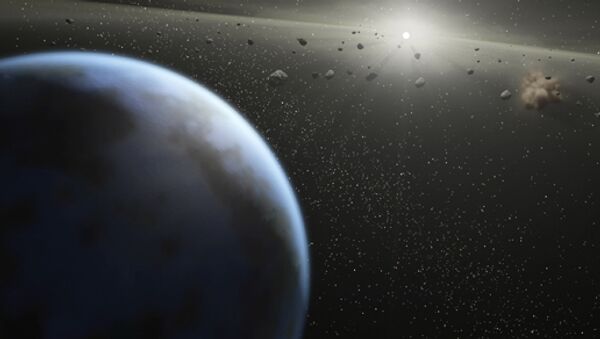 © NASA . PL-Caltech/T
Subscribe
US scientists are “itching” to work with their Russian counterparts in putting nuclear weapons technology to use in new systems to defend Earth from threatening asteroids, an investigative journalism outlet reported Wednesday.

WASHINGTON, October 16 (RIA Novosti) – US scientists are “itching” to work with their Russian counterparts in putting nuclear weapons technology to use in new systems to defend Earth from threatening asteroids, an investigative journalism outlet reported Wednesday.

“In recent years, advocates of the use of nuclear weapons to counter space threats have been gaining ground,” the non-profit Center for Public Integrity (CPI) said in an article posted on its website.

“NASA is spending hundreds of thousands of dollars a year to study the idea, and the US nuclear weapons laboratories are itching to work with the Russians on it,” the report stated.

“Moreover, weaponeers in both countries are citing the asteroid threat as a reason to hold onto – or to build – very large yield nuclear explosives, which have declining terrestrial justification.”

In a 47-page agreement signed in Vienna last month, Russia and the United States listed several areas for potential nuclear energy and security cooperation. A subsequent US Department of Energy press release then added “defense from asteroids” to those ideas, the CPI report said.

The CPI report said NASA had spent “at least” $878,000 in the past two years on research into ways to deflect or neutralize asteroids that risk collision with Earth.

It added however that a prospective anti-asteroid nuclear defense system may be illegal under a number of international treaties, including the 1967 Outer Space Treaty signed by 129 countries, which bans deploying nuclear weapons in space.

A US Energy Department spokeswoman contacted by CPI declined to address the issue, saying only that “we are making the implementation of the agreement a priority and will be reviewing possible projects soon,” the report said.