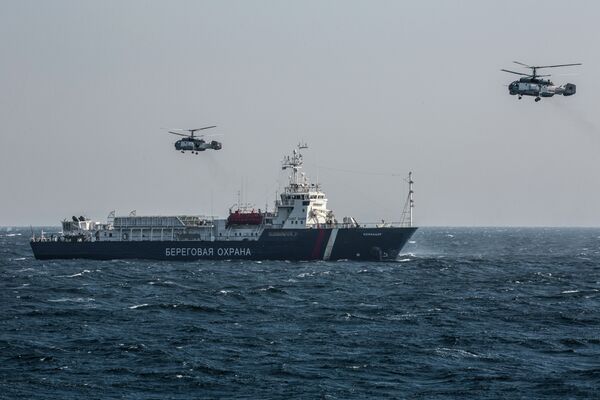 The focal point of the exercise, which took place in Pyotr Veliky Bay, was a scenario that saw several helicopters and boats free a vessel from “terrorists,” the FSB border service statement said. But it also covered a search and rescue operation, responding to a vessel in distress, and law enforcement at sea, the statement said.

The statement also said that stormy weather out at sea forced the planned joint Russian-Korean special forces’ training operation to be cancelled, but noted that both countries’ crews had shown exemplary teamwork and coordination.