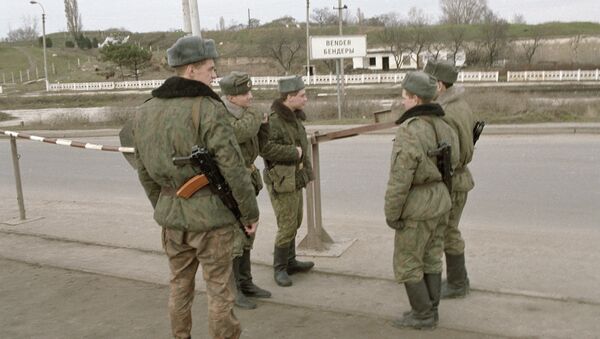 Russia has completed an annual rotation of its peacekeeping battalion in Moldova's breakaway region of Transdnestr, the Joint Control Commission overseeing peacekeeping operations in the region said Tuesday.

A motorized infantry company has been stationed in Dubasari and the rest of the battalion has been deployed in Bendery, the commission said in a statement.

The peacekeepers man a total of 15 checkpoints in key security zones in the unrecognized republic.

The Russian-speaking province of Transdnestr has maintained de facto independence from Moldova since a brief war in 1992 following the breakup of the Soviet Union.

Transdnestr seeks full independence, while Moldova says it is only prepared to allow limited autonomy.

Talks on the future of Transdnestr involving Moldova, Transdnestr, Russia, Ukraine and the Organization for Security and Cooperation in Europe have so far failed to produce a solution.

Russian Deputy Prime Minister Dmitry Rogozin said in May that Russia will maintain its peacekeeping contingent in Transdnestr until Chisinau and Tiraspol settle their long-running dispute over the political status of the self-proclaimed republic.