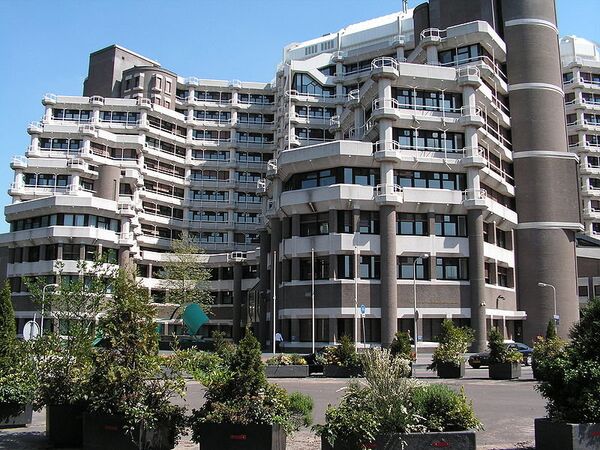 The Russian ambassador to the Netherlands, Roman Kolodkin, has been summoned to the Dutch Foreign Ministry over an alleged attack on a Dutch diplomat in Moscow, the ministry said Wednesday.

MOSCOW, October 16 (RIA Novosti) – The Russian ambassador to the Netherlands, Roman Kolodkin, has been summoned to the Dutch Foreign Ministry over an alleged attack on a Dutch diplomat in Moscow, the ministry said Wednesday.

"We have been informed that two people got into the house of an embassy official and beat him. He received minor injuries," the ministry told RIA Novosti. "Tomorrow, the Russian ambassador to the Netherlands will arrive at the Dutch Foreign Ministry to clarify the situation."

Earlier Wednesday, a law enforcement source said an aide to the Dutch ambassador had been beaten in the Russian capital. The report came days after Moscow demanded apologies from Amsterdam for an alleged beating of a Russian diplomat by Dutch police.

“An aide to the ambassador of the Netherlands came to police and said he had been beaten by unknown people,” the source told RIA Novosti.

The Interior Ministry’s Moscow department confirmed that the diplomat had submitted a statement to police, but did not specify his identity or the circumstances. An investigation is under way.

Russia’s Foreign Ministry has been informed of the incident, a source familiar with the situation told RIA Novosti. “Details are to be clarified,” he said.

Russia and the Netherlands were earlier in October involved in a row over an apparent beating and detention of a Russian diplomat. Russia reacted angrily to the detention, saying it violated international rules granting immunity to diplomats, and demanded immediate apologies. The Netherlands later apologized to Russia for the incident. Russian media reported that local police forced their way into the apartment of Dmitry Borodin, deputy to the ambassador at the embassy in the Netherlands, assaulted him, and then held him at a police station for several hours without explanation.

According to media reports, the police had entered Borodin's house in The Hague after receiving a complaint from neighbors about the diplomat's alleged mistreatment of his children. In an account of the incident on microblogging site Twitter, Borodin accused police of tugging his one-year-old daughter's hair as he was taken to the police station along with his two children. He said that he had identified himself to policemen as a diplomat.

Earlier, the Dutch government said that it was initiating legal proceedings against Russia over what it said was the illegal seizure by the Russian authorities of a Dutch-registered icebreaker belonging to environmental campaign group Greenpeace. The detention of Greenpeace activists on charges of piracy has drawn much international criticism.

Russia’s food standards agency then said it was tightening checks on dairy imports from the Netherlands in what appeared to be an echo of the preliminary stage of the punitive trade embargoes routinely imposed by Moscow against countries with which it has had diplomatic disagreements.