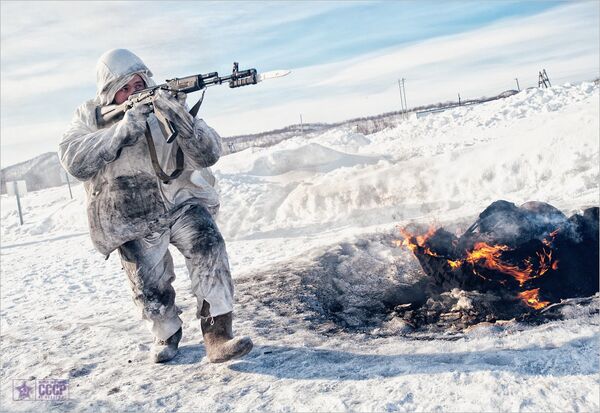 Russian army special forces units have had their first training sessions in Arctic warfare, under plans to boost the country’s military presence in the region, a Western Military District spokesman said Monday.

According to Col. Oleg Kochetkov, Russian special forces reconnaissance units have carried out a number of training missions on the Kola Peninsula under an experimental program simulating combat in the polar regions’ mountainous terrain.

“Combat training missions involving elements of mountaineering in the conditions of the extreme north are a new experience for reconnaissance units that normally train in the mountains in southern Russia,” Kochetkov said.

The official said the drills included practicing survival techniques such as finding potable water and food, setting up camp and covert movement through inhabited areas.

He added that the soldiers employed various types of camouflage adapted to local terrain and held their first ‘sniper duels’ in polar conditions.

Russia has officially set itself the goal of deploying a combined-arms force by 2020, including military, border, and coast guard units, to protect its political and economic interests in the Arctic and boost Russia’s military security.

According to the Russian military, two arctic brigades will be deployed in Russia’s extreme north over the next few years. Russia also plans to return to mothballed Soviet-era

The Arctic, believed to have vast untapped natural resources, has increasingly been at the center of disputes between the United States, Russia, Canada, Norway, and Denmark in recent years, as rising temperatures lead to a reduction in sea ice, opening up access to lucrative offshore oil and gas deposits.