The 10 Most Fascinating Places in Russia

The ten most fascinating sites across the whole of Russia were selected earlier this month as part of the Russia-10 multimedia project. The contest, organized by the Russian Geographic Society and Russia 1 TV channel, comprised a nationwide vote, and was held from March 25 to October 6, 2013. Finally, the ten winners were announced. Information about them can be seen in this RIA Novosti photo essay:

The ten most fascinating sites across the whole of Russia were selected earlier this month as part of the Russia-10 multimedia project. The contest, organized by the Russian Geographic Society and Russia 1 TV channel, comprised a nationwide vote, and was held from March 25 to October 6, 2013. Finally, the ten winners were announced. Information about them can be seen in this RIA Novosti photo essay: 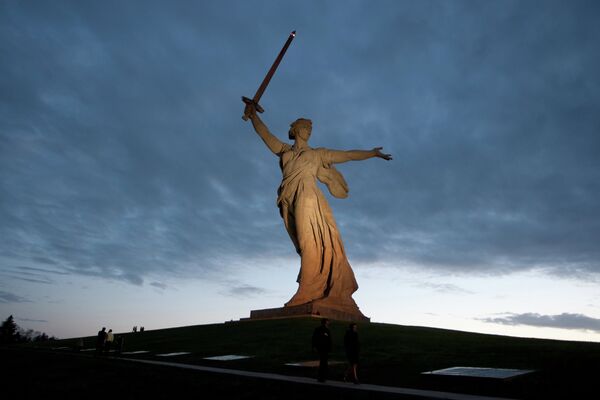 The memorial to those who fought in the devastating Battle of Stalingrad during World War II was opened at the Mamayev Kurgan hill in Volgograd, as the southwest Russian city of Stalingrad is now known, in 1967. The ascent to the top of Mamayev Kurgan starts from Mourning Square. On the top of the hill is The Motherland Calls monument. The remains of 34,505 defenders of Stalingrad were reburied along the serpentine road leading to the top of the hill. The statue was designed by sculptor Yevgeny Vuchetich and engineer Nikolai Nikitin. It is made of 5,500 metric tons of concrete and 2,400 metric tons of metal structures. The monument measures 86 meters from the tip of the sword to the base. The statue itself is 53 meters tall. 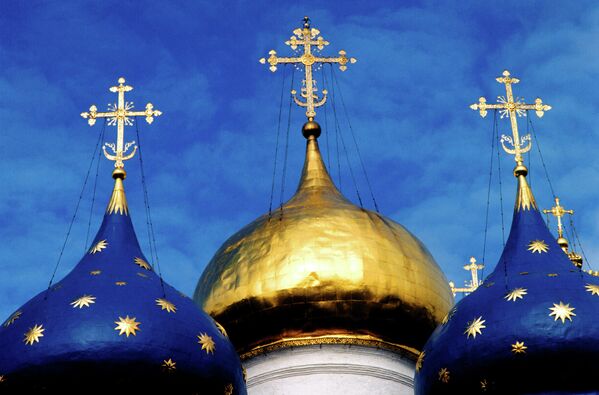 The Trinity Lavra of St. Sergius is located in the center of the city of Sergiev Posad in the Moscow Region. It was founded in 1337 by Venerable Sergius of Radonezh. Today the churches are still open for worship, and the Lavra is the spiritual center of Russian Orthodox Christianity. Almost 300 clergy members live on the premises, which comprise 45 buildings and monuments. Since 1940, the Trinity Lavra of St. Sergius has been a state museum reserve and a UNESCO world heritage site. 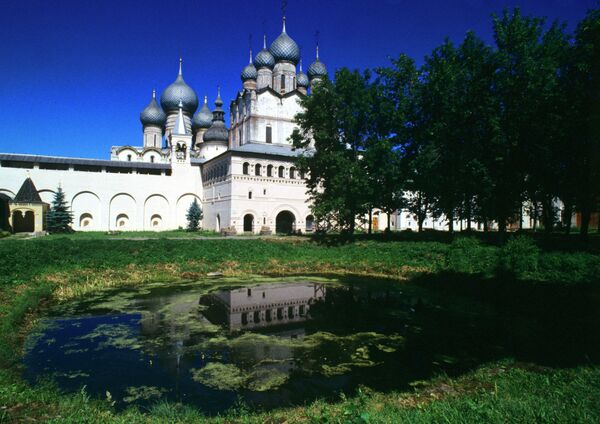 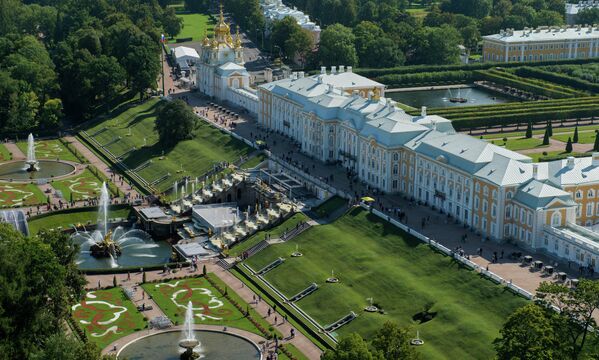 Peterhof comprises a palace and park ensemble outside St. Petersburg dating back to the 18th-19th centuries that used to be an out-of-town summer residence of the Russian tsars. Built on the Gulf of Finland by Peter the Great, its spectacular fountains were designed to rival and even surpass those of Versailles. After the 1917 Revolution, Peterhof was nationalized and turned into a museum on May 19, 1918. 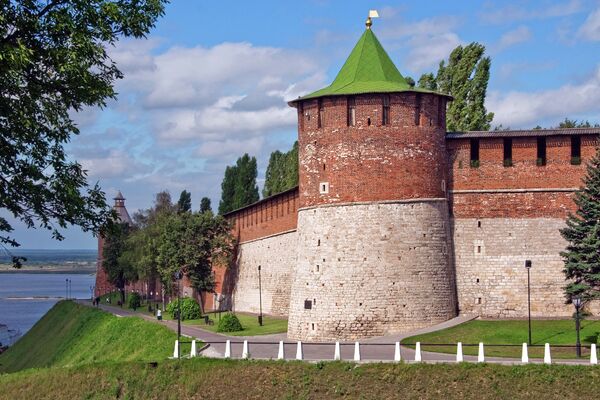 The city of Nizhny Novgorod in central Russia was founded in 1221. It was originally fortified with wooden and earth structures that were replaced by stone fortifications only in 1515, one and a half centuries after the Moscow Kremlin got its stone walls. At that time Nizhny Novgorod was Moscow’s main stronghold in the war against the Kazan Khanate. The new Kremlin was surrounded by a two-km wall with 13 towers. In the 16th century, the fortress was besieged many times, but was never taken. After the defeat of Kazan, the Nizhny Novgorod Kremlin lost its strategic importance and became an administrative center. 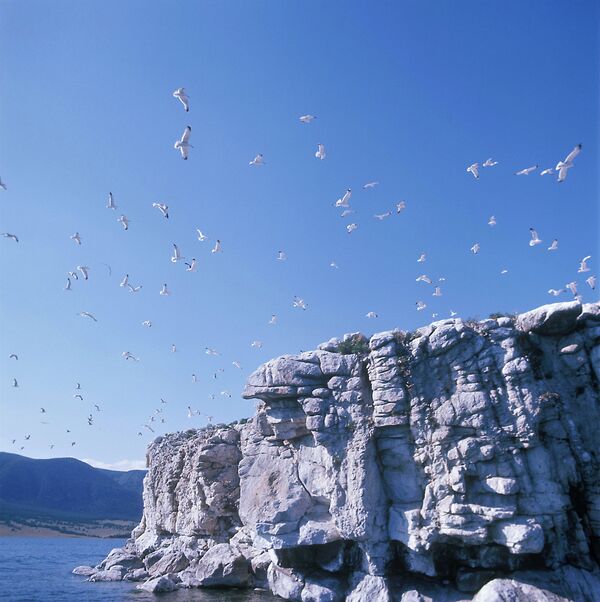 Lake Baikal in southern Siberia is the deepest lake on Earth and the largest natural reservoir of high-quality drinking water. It contains nearly 20 percent of the world’s drinking water and 90 percent of Russia’s supply, and has more water than all the North American Great Lakes combined. The lake is about 636 km long and 80 km wide. Its surface is 31,470 square km, which is nearly equal to the area occupied by Belgium. Its deepest point is 1,642 meters. At nearly 25 million years old, Baikal is one of the oldest lakes in the world. Two thirds of its flora and fauna, which number 1,000 species, are endemic. 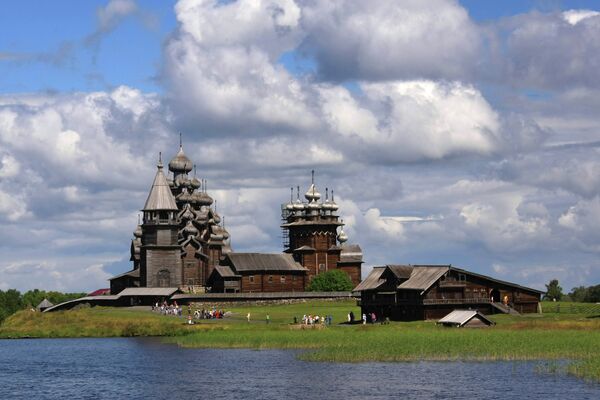 The island of Kizhi in Russia’s northern Karelia republic is a unique historical and cultural complex that is a UNESCO world heritage site. The Kizhi Pogost is a walled area containing two wooden churches and a bell tower dating back to the 18th-19th centuries. The Church of the Transfiguration is 37 meters tall, with an impressive total of 22 domes. The church, including its domes and cross, was built out of wood using only axes and chisels, without the use of any nails. This explains why the Kizhi churches have stood for so long: They were built without the use of saws, while the axes used do not damage the natural structure of the wood. 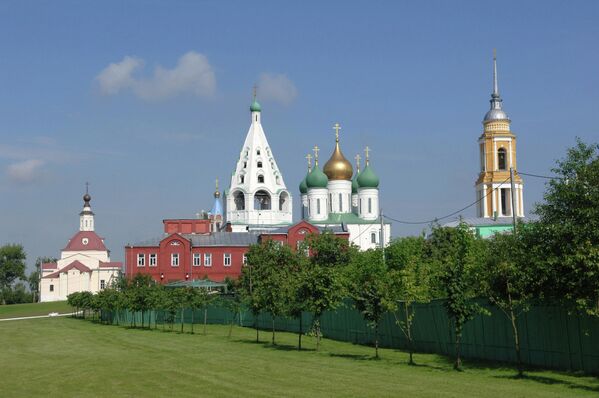 The Kremlin in the ancient city of Kolomna in the Moscow Region was one of the strongest fortresses of the principality of Moscow. It was built in 1525-1531 during the reign of Vasily III. The Kremlin is located at the confluence of the Moskva and Kolomenka rivers. The construction was reportedly supervised by Italian architects involved in the building of walls and towers for the Moscow Kremlin. Behind the Kolomna fortress’s wall lies Cathedral Square, where the Kremlin’s main cathedral – the 14th-century Assumption Cathedral – is located. It features the loudest steepled bell tower in Russia. 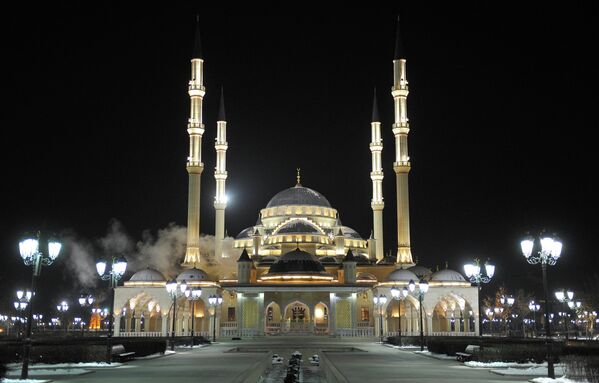 The Heart of Chechnya mosque in the Chechen capital Grozny is one of the largest in the world. It was opened on October 17, 2008 and named after the first president of Russia’s Chechen republic, Akhmad Kadyrov. The mosque stands on a picturesque bank of the Sunzha River in the middle of a large park that occupies 14 hectares. It is built in the classical Ottoman style. The central hall has a huge dome of 15.5 meters in diameter and a height of over 23 meters. The four minarets, at 63 meters each, are the highest in Russia. The mosque covers an area of 5,000 square meters and can hold over 10,000 people. The same number of people can also pray in the summer gallery and square adjacent to the mosque. 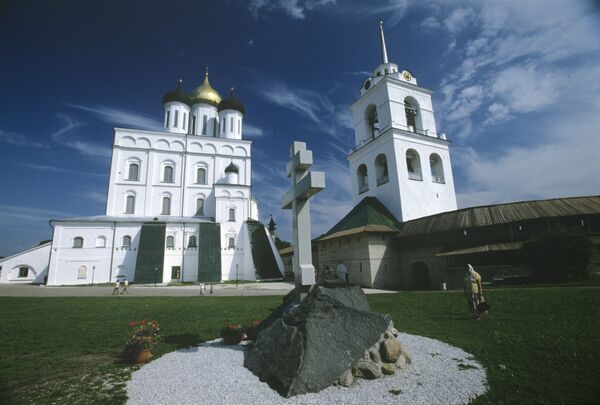 The Kremlin – or Krom – in the ancient northwest Russian city of Pskov is the largest fortress in Europe. Its walls stretch for nine km, and it occupies an area of three hectares. The Krom is located on a narrow promontory at the confluence of the Pskova and Velikaya rivers. It is protected by stone fortress walls 6-8 meters high and 2.5-6 meters wide. Over its history, the Pskov Kremlin has survived 26 sieges. The fortress, which served military purposes for nearly 1,000 years, has been preserved almost intact.
Newsfeed
0
Access to the chat has been blocked for violating the rules . You will be able to participate again through:∞. If you do not agree with the blocking, please use the feedback form
The discussion is closed. You can participate in the discussion within 24 hours after the publication of the article.
To participate in the discussion
log in or register
loader
Chats
Заголовок открываемого материала