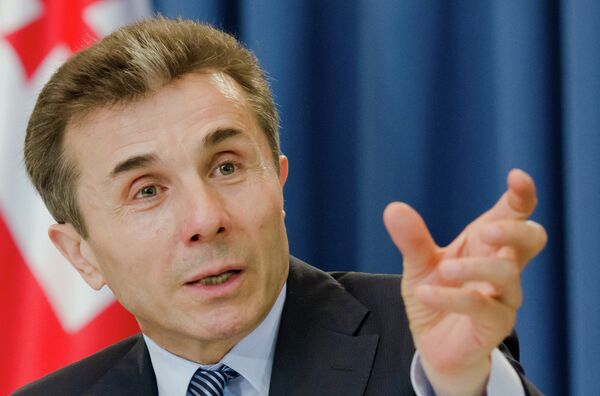 Tbilisi will boycott the next year’s Winter Olympics in Russia’s Sochi if the participation becomes a “humiliating” experience for Georgia, the country’s prime minister said on Monday.

TBILISI, October 15 (RIA Novosti) – Tbilisi will boycott the next year’s Winter Olympics in Russia’s Sochi if the participation becomes a “humiliating” experience for Georgia, the country’s prime minister said on Monday.

The Games will be held in Sochi, near Russia’s border with the breakaway region of Abkhazia, which Georgia claims as part of its territory but Russia considers independent and maintains a large military presence there.

“We should see how the situation evolves. And if we feel before the Games that the participation is humiliating for us, then, of course, we won’t take part,” Bidzina Ivanishvili said in an interview with Georgian Public Broadcaster’s First Channel.

The question of a boycott has repeatedly arisen in Georgia as a result of the 2008 war with the host nation, Russia. Outgoing Georgian President Mikheil Saakashvili had urged the world to consider snubbing the event, but after his party lost parliamentary elections in October 2012, relations between Georgia and Russia began to improve.

Ivanishvili, who led the new cabinet, rejected any ideas of a boycott last year, confirming in late December that “if we want normal relations with Russia, then we will certainly participate.” He even said that his presence at the Games was possible.

However, the issue of boycott was raised again in October, when a Russian military pilot who took part in the 2008 Georgian-Russian war became one of the torchbearers for the Olympic fire relay. Saakashvili urged the country’s national Olympic committee to reconsider its May 2 decision to send Georgian athletes to the Sochi Games.

Georgia is also angered by Russian border guards’ efforts to install barbed-wire fencing near Georgia’s border with its breakaway republics. Tbilisi has repeatedly called on Moscow to dismantle the barriers.

More than 10,000 people have signed an online petition to cancel Georgia’s participation since it was posted on the web on October 8.

Ivanishvili warned that the state should not act “on impulse.”

“I understand the popular opinion that what is going on is insulting, but the state shouldn’t act on impulse, it shouldn’t be agitated, but it should make balanced decisions,” Ivanishvili said.

Georgia’s national Olympic committee currently plans to send a delegation of up to nine athletes to Sochi.