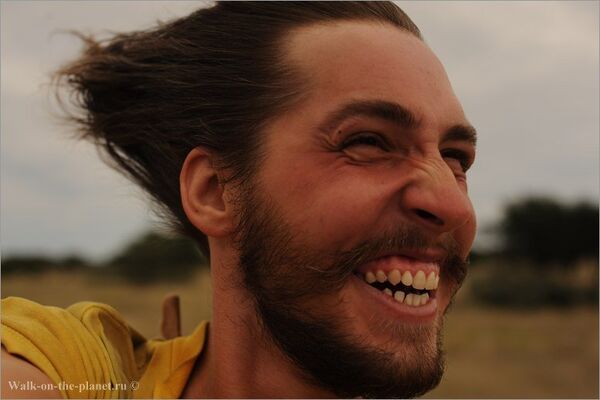 © Photo : Konstantin Zhuravlev
Subscribe
Russian officials said Saturday that they were checking information that a prominent Russia traveller, who recently hitchhiked around the world in 777 days, had been seized by Syrian rebels.

MOSCOW, October 12 (RIA Novosti) – Russian officials said Saturday that they were checking information that a prominent Russia traveller, who recently hitchhiked around the world in 777 days, had been seized by Syrian rebels.

“The embassy is clarifying information about an incident concerning the disappearance of Russian citizen Konstantin Zhuravlev,” said a spokesman for the Russian Embassy in Damascus.

Zhuravlev, 32, entered Syria from Turkey and was hitchhiking his way to the Sahara desert as part of a project called “Alone with the Desert,” when he was detained in Aleppo by Syrian rebels on suspicion of spying for the Syrian government and for Russia, according to a friend, Russian news website Lenta.ru reported.

A copy of Zhuravlev’s Russian passport was reportedly posted on a Syrian rebel website, with a message suggesting that he was spying on rebel facilities.

Syria is currently in the grip of a bloody civil war in which rebel groups are attempting to topple the Damascus regime that receives strong support, including large arms deliveries, from Moscow. The United Nations estimates that over 100,000 people have been killed since 2011.

Photographer and blogger Zhuravlev is well known for his travel exploits. He has hitchhiked widely across Russia, and last year he completed a 777 day hitchhike around the world.