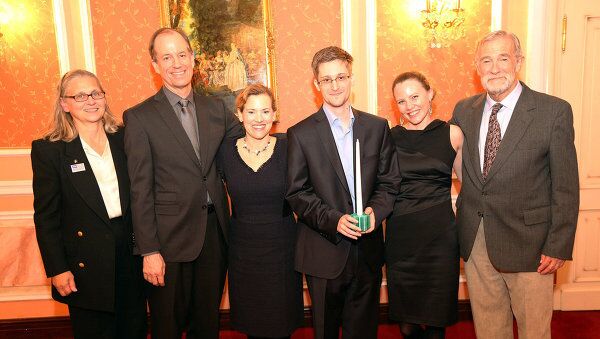 © Getty Images\Fotobank.ru
Subscribe
The laptop computers that fugitive intelligence leaker Edward Snowden took to Hong Kong and Moscow after he fled the United States were mere decoys containing no classified data, an ex-Central Intelligence Agency (CIA) official who met with Snowden in Russia this week told the Reuters news agency.

Snowden instead carried the classified documents he downloaded from the US National Security Agency (NSA) on small external drives, and none of the information has been handed over to or “drained” from the hardware by Russian or Chinese authorities, said former CIA analyst Ray McGovern, who met with Snowden, Reuters reported on Friday.

McGovern, who traveled to Russia with three other Americans to present Snowden with an award for “integrity in intelligence,” said the fugitive leaker, whom the United States has charged with espionage, made it clear at the meeting there was nothing on his laptops, Reuters said.

Speaking by phone from Moscow, McGovern said Snowden had "no regrets at all” about leaking information about widespread US government surveillance programs to the media.

McGovern refused to say where and how he and the other Americans met with Snowden, but he said the 30-year-old former NSA contractor “appeared to be attended by some kind of official Russian security detail,” Reuters said.

Snowden fled during the summer to Hong Kong and then Moscow, where he was granted temporary one-year asylum in Russia despite repeated extradition demands from Washington.