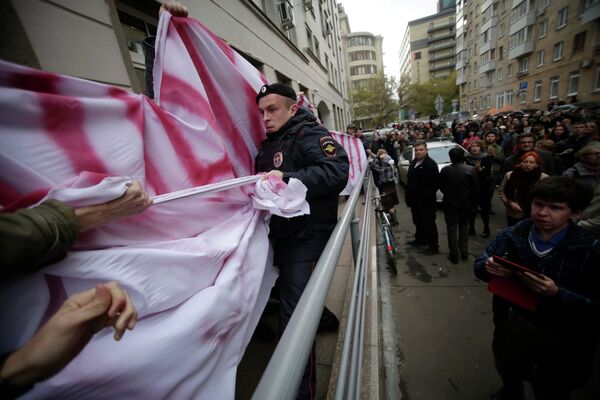 A Russian court on Tuesday sentenced an opposition activist to forced treatment in a psychiatric hospital at the end of his trial for attacking a policeman at an anti-government rally last year.

MOSCOW, October 8 (RIA Novosti) – A Russian court on Tuesday sentenced an opposition activist to forced treatment in a psychiatric hospital at the end of his trial for attacking a policeman at an anti-government rally last year.

The sentence has drawn outrage from opposition politicians and rights groups, who warn that it harks back to the Soviet-era practice of punitive psychiatry.

The Russian capital's Zamoskvoretsky District Court found Mikhail Kosenko guilty of participation in the mass disorder that erupted in Moscow’s central Bolotnaya Square in May 2012, on the eve of Vladimir Putin's swearing in for a new term as president.

The court set no timeframe for Kosenko’s confinement, which critics of the ruling have noted amounts to an indefinite sentence.

The prosecution’s case for committing Kosenko rested on confirmation of a 2003 diagnosis of a condition known as “sluggish schizophrenia.”
The term, which denotes a form of mild schizophrenia, is not recognized by the World Health Organization and was routinely used in Soviet times to justify the incarceration of dissidents.

Kosenko says the original diagnosis related to complications from a trauma sustained while he was serving in the army.

“To incarcerate Mikhail Kosenko forcibly in a psychiatric unit smacks of the worst excesses of the now defunct Soviet era when dissidents were languishing in mental institutions, treated as mental patients only because they dared to speak their mind,” John Dalhuisen, Europe and Central Asia Program Director for Amnesty International, said in statement.

In a comment on Snob magazine's website, Yury Savenko, president of the Independent Psychiatric Association of Russia, criticized the court’s reliance on inadequate expert witness statements. 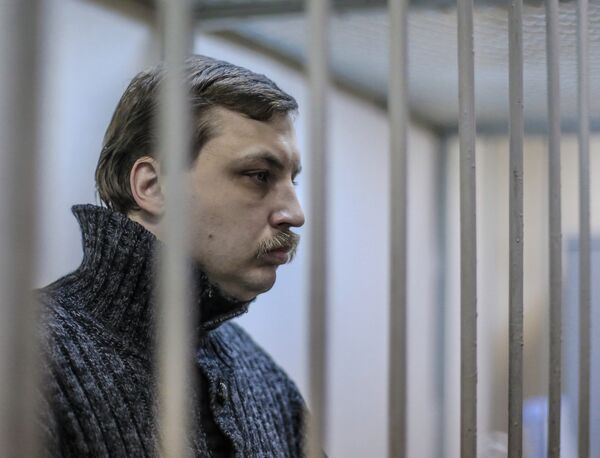 “Inna Ushakova from the Serbsky Institute outrageously misled the court in the spirit of using the Soviet practice of using psychiatry for political purposes,” Savenko said.

Around 300 people gathered outside the courtroom for an unsanctioned protest on Tuesday, leading to at least eight people being detained by police, according to Ovdinfo.org,  a website that monitors alleged rights abuses by Russian law enforcement agencies.
Kosenko’s lawyer said after the verdict he would appeal the sentence.

His case was related to unrest that broke out when an authorized protest descended into clashes between demonstrators and police.
Around 650 people were briefly detained.  Twenty-seven people later faced criminal charges of attacking riot police.
The police say the riots were instigated by a group of leftist leaders, while organizers of the rally accuse the authorities of provoking the unrest by mishandling the crowd.

Kosenko’s trial saw more than one dramatic turn – most prominently when a riot police officer who had allegedly been attacked by Kosenko spoke up in his defense, despite being a prosecution witness.

“I’m not Russian trash,” policeman Alexander Kazmin told the courtroom in July after refusing to identify Kosenko as his attacker and saying he did not want to see the activist jailed.

Two more riot police reportedly said at a closed hearing that Kosenko attacked them during the incident.

Twelve other people are currently on trial in Moscow over the Bolotnaya Square riots. One of them, prominent antifascist activist Alexei Gaskarov, appealed his pretrial detention at the European Court of Human Rights on Tuesday, his lawyer said.

Recasts throughout, Adds quotes from Amnesty and head of psychiatric association.