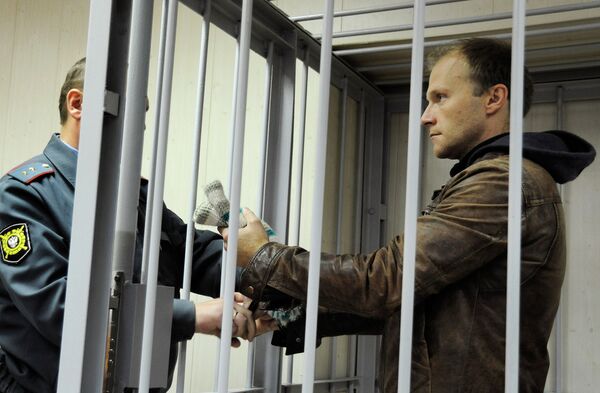 Ship doctor Yekaterina Zaspa, Greenpeace spokesman Andrei Allakhverdov and Denis Sinyakov, a freelance photographer who was covering the ship’s two-month voyage in the Russian Arctic, had been seeking release on bail or home arrest.

All 30 people from the Arctic Sunrise icebreaker appealed their placement in pretrial detention.

As of Tuesday evening, a date for the appeal hearing had only been set for one more Russian national, Greenpeace activist Roman Dolgov, who was due to appear in the courtroom on Wednesday. The "Arctic 30," as the group has been dubbed by Greenpeace, is comprised of nationals from 18 countries.

The icebreaker was seized by border guards in September after several activists tried to scale an oil rig operated by an affiliate of state-run energy giant Gazprom in the Pechora Sea to protest against what they say are the facility's environmentally hazardous and financially unviable impact on the Arctic.

The ship was towed to Murmansk, where all 30 people on board were charged with piracy, punishable by up to 15 years in prison, and put in pretrial detention.

Greenpeace Russia said Monday it would contest the activists’ detention in the European Court of Human Rights if the Murmansk court rejected the appeals.

The environmental group also staged worldwide protests against the crackdown last week and gathered 1 million signatures supporting the release of the Arctic 30.

The Dutch Foreign Ministry said last week it would contest the seizure of the Arctic Sunrise – sailing under the Dutch flag – in the International Tribunal for the Law of the Sea in Hamburg if the ship and the people on board are not released.

Russian diplomats shot back Saturday, accusing the ship of “illegal activities” that the government of the Netherlands did nothing to prevent.

The detention of Sinyakov caused a particular outcry because he is a journalist and was denounced by many leading media outlets in Russia, as well as the Paris-based Reporters Without Borders, as a crackdown on freedom of the press.

Sinyakov, a renowned photographer who has worked with Reuters and the French news agency AFP, was contracted by Greenpeace to cover the Arctic Sunrise voyage, but also had an assignment for the story from a Russian news website.

(This article was reworked from an earlier version to include rulings on Sinyakov and Allakhverdov.)