Russians Divided on New ‘Cold War’ with US – Poll 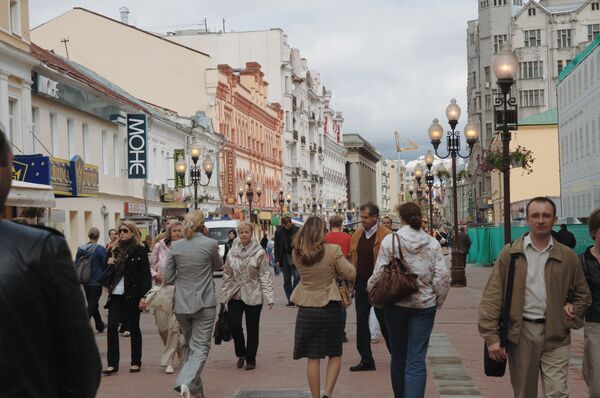 Russians are divided almost fifty-fifty on the possibility of a new ‘cold war’ between Russia and the United States, a state-run pollster said Monday.

MOSCOW, October 7 (RIA Novosti) – Russians are divided almost fifty-fifty on the possibility of a new ‘cold war’ between Russia and the United States, a state-run pollster said Monday.

Some 46 percent of respondents said they believe a new cold war scenario is possible, while 48 percent said it was unlikely or impossible (up from 37 percent and 44 percent respectively, in 2009), according to the Russian Public Opinion Research Center (VTsIOM).

The respondents cited the case of US intelligence whistleblower Edward Snowden as the chief problem in Russia-US relations (9 percent), followed by the struggle for global domination (6 percent), the situation in the Middle East (6 percent), and differences on policy issues (5 percent).

Only 3 percent said nuclear weapons were a problem, down from 8 percent in 2009.

Key areas of collaboration between the US and Russia named by respondents included international terrorism (12 percent) and efforts to prevent armed conflicts (10 percent). Other priorities include economic collaboration (5 percent), cultural and scientific exchanges (4 percent) and space (2 percent).

The poll was conducted on August 24-25 among 1,600 residents in 130 cities and towns across the country. The margin of error is under 3.4 percent.