Russian Woman Kills Boyfriend Due to His Jealousy Over Pop Star 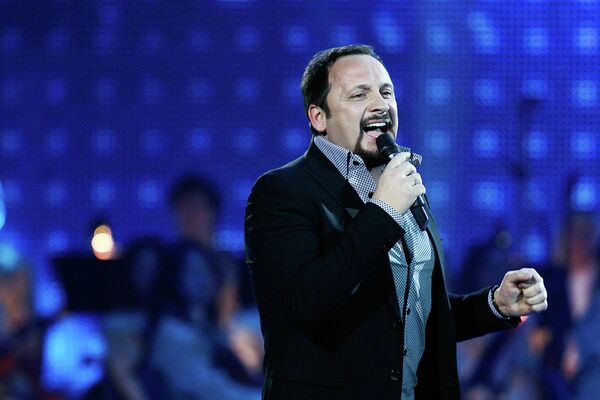 A televised performance by a Russian pop superstar led to a murder in western Siberia, where a woman fatally stabbed her live-in boyfriend, who was jealous of her fondness for the singer.

MOSCOW, October 7 (RIA Novosti) – A televised performance by a Russian pop superstar led to a murder in western Siberia, where a woman fatally stabbed her live-in boyfriend, who was jealous of her fondness for the singer.

The victim began insulting his 24-year-old girlfriend out of jealousy of singer Stas Mikhailov, Kemerovo Region prosecutors said on their website Monday. The star was named Russia’s highest-earning celebrity last year with an annual income of $21 million, according to Forbes Russia.

No physical violence on the boyfriend’s part was reported other than that he grabbed the woman’s arms, but she still picked up a kitchen knife and stabbed him, prosecutors said. The victim was not hospitalized and reportedly died from the stab wounds the following night.

The woman, whose name has been withheld, said during the murder trial that she did not think the injuries were serious. However, she was still given 6 1/2 years in prison for the killing. It remained unclear whether she planned to appeal.

The incident took place in a Kemerovo Region village in March, but had not been previously reported.

Mikhailov, 44, performs in a “post-chanson” style, derived from Russian prison songs of the 1990s. He retains the genre’s sappy synthesizer-driven melodies but trades lyrics about criminal culture for songs about love.

The artist’s oeuvre is panned by critics, but he enjoys a massive following, the core of which is comprised of middle-aged provincial women who helped him out-earn tennis superstar Maria Sharapova to be named Russia’s biggest-earning celebrity last year, though he slid to the sixth slot in the 2013 ranking with a modest $9.8 million, Forbes reported.