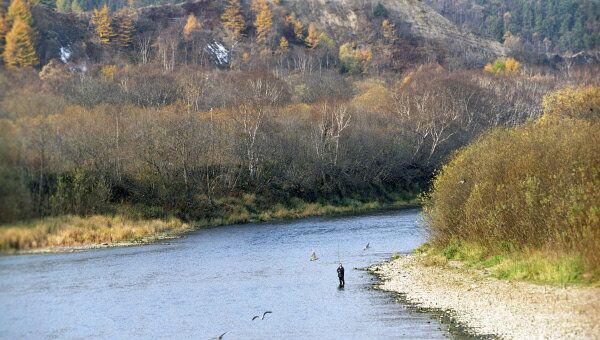 As the US government shutdown now in its fourth day, hundreds of memes across the Internet offer levity for Americans in a time of crisis.

WASHINGTON, October 4 (RIA Novosti) – A Texas university plans to send students to Russia’s Far East to study prehistoric sites and whether the remote Sakhalin Island offered refuge to Paleolithic peoples fleeing uninhabitable Siberian climes during the peak of the last ice age around 20,000 years ago.

“Conditions were easier. It wasn’t as cold and dry as it was inland in Siberia,” Kelly Graf, an archeologist and professor at Texas A&M University, told RIA Novosti on Friday. “It may be that people who were pushed out into this area might have contributed to a coastal migration to the Americas.”

Graf, a research associate with Texas A&M’s Center for the Study of the First Americans, spearheaded the creation of an exchange program this year with Sakhalin State University that she said will likely see the Texas students studying the Paleolithic excavation sites on the southern tip of the island in 2015.

As part of the exchange, the Russian students would come to the United States for archeological work, possibly in Alaska.

“We haven’t made any specific plans quite yet, but we know this is where we’re heading,” said Graf, who has conducted archeological work on the Kamchatka Peninsula in the Russian Far East.

Graf said she plans to travel to Sakhalin early next summer for preliminary work to in connection with the planned exchange.

Graf said she first approached Sakhalin State University’s vice rector, Alexander Vasilyevsky, with the idea for the exchange during a conference in the Siberian city of Krasnoyarsk last year. Vasilyevsky then traveled to Texas A&M in April to deliver lectures, after which the two signed paperwork aimed at moving the collaboration forward.

“It turned out that hardly anyone knew anything about Sakhalin, about our islands,” Vasilyevsky said of the American students who attended his lectures in a statement on his university’s website Friday.

“But after the lectures on archeology and paleogeography of the Far East, everything fell into place, and when I arrived home I received letters from American graduate students who were ready to study Sakhalin,” Vasilyevsky added.

One of the sites that the Texas students will visit, called “Ogonki 5,” was excavated by Vasilyevsky in the mid-1990s. He told local media several years ago that artifacts discovered in the dig indicates that Paleolithic families living there had communal property and caught and preserved fish together.