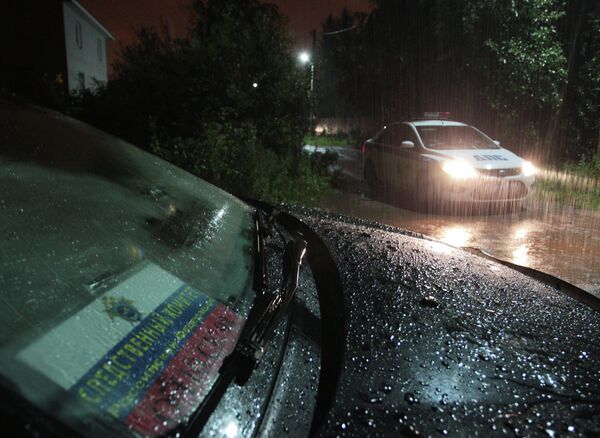 A Russian court has sentenced a man to 13 years in jail for killing the rector of a St. Petersburg university, Russia’s Investigative Committee said Friday.

MOSCOW, October 4 (RIA Novosti) – A Russian court has sentenced a man to 13 years in jail for killing the rector of a St. Petersburg university, Russia’s Investigative Committee said Friday.

Alexander Viktorov, 61, the rector of St. Petersburg’s University of Service and Economics, was killed outside his house in a town near St. Petersburg in September 2012.

The killer, Andrei Yeliseyev, spent two weeks tracking his victim’s movements before carrying out the attack, a statement published Friday on the Investigative Committee site says.

On September 5, Yeliseyev fired five shots at Viktorov, who died from his injuries soon after the attack. The rector’s wife, Yelena, was shot in the hip, and the court has ordered that she be paid 2 million rubles ($62,000) in compensation, the statement says.

Yeliseyev fled the scene immediately after the attack, but was detained in October 2012 along with Vitaly Kovalyov, who investigators believe to be the mastermind behind the killing, and accomplice Vyacheslav Makarov, who are now awaiting trial, the statement says.

The Kommersant newspaper reported Friday, citing case documents, that unidentified individuals had paid Kovalyov 50,000 euros ($68,000) to kill Viktorov, and that Yeliseyev and Makarov received 600,000 rubles ($18,700) each after the killing.

Investigators said that Viktorov was killed over the university’s “commercial activity,” but did not elaborate.