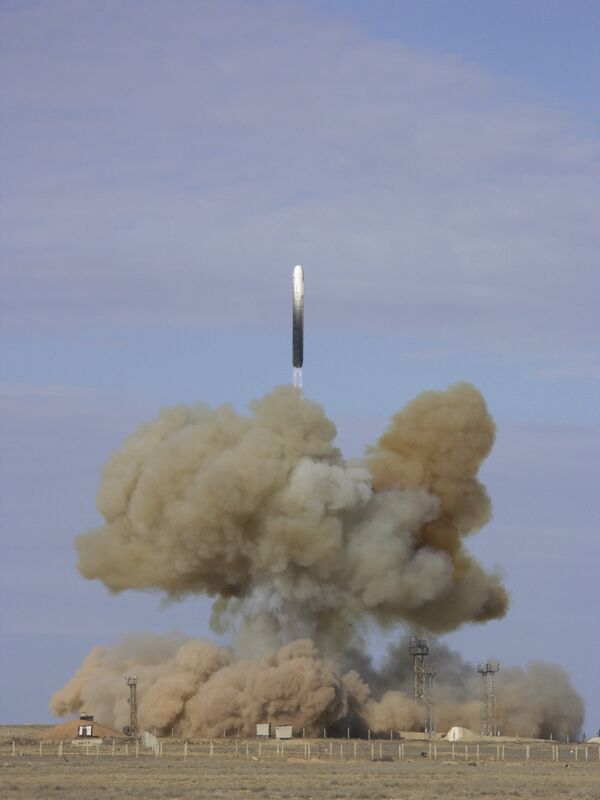 The RS-26, a solid-propellant ICBM, will supplement the Yars and Topol-M missiles that are currently in service with Russia’s Strategic Missile Forces, the official said.

RS-26 specifications are currently classified, but an unnamed missile industry expert cited by Vedomosti newspaper said the new missile would most likely be equipped with a new warhead and system to override missile defenses.

The expert cited by Vedomosti also played down speculation that RS-26 was designed in violation of the 1987 Intermediate-range Nuclear Forces Treaty, which prohibits the United States and Russia from owning ballistic missiles with ranges between 500 kilometers and 5,500 kilometers.

In June, Russia tested elements of a new ICBM that Deputy Prime Minister Dmitry Rogozin, who oversees the defense industry, hailed as a “missile defense killer.”

The Defense Ministry was more reserved in its appraisal of the test, carried out at the Kapustin Yar facility, between Volgograd and Astrakhan, saying only “the [simulated] warhead hit a designated target within the set time frame.”

The missile is to be manufactured at the Votkinsk plant in the Urals republic of Udmurtia, where all solid-propellant missiles are made, the official said.