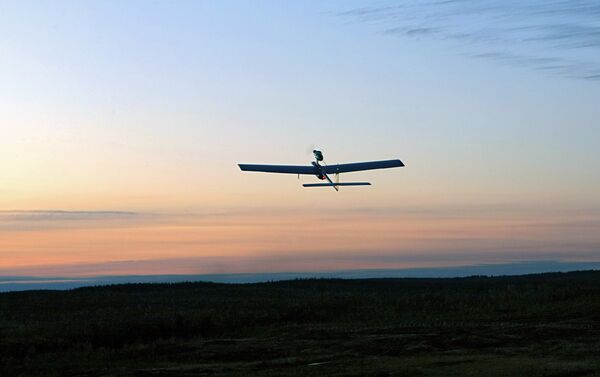 The prototype of Russia’s first 20-ton combat drone will be unveiled in 2018, a defense industry source said Thursday.

The 20-ton unmanned combat aerial vehicle is being developed by the Sukhoi company, and will be based on the fifth-generation T-50 fighter, United Aircraft Corporation president Mikhail Pogosyan said during the MAKS 2013 airshow near Moscow in August.

Pogosyan added that the drone was at a “preliminary research stage” and gave no indication of a timeline for development.

RIA Novosti’s anonymous source also confirmed Thursday that a five-ton drone, being developed by the Kazan-based Sokol company, would be ready in 2015-16.

On September 24, Oleg Bochkarev, deputy head of the government’s Military Industrial Commission, said that the Defense Ministry’s instructions to speed up work in this area had been heard, and added that a one-ton combat drone should be ready to start tests by 2014.

Also in September, Russia’s Berkut Aero design bureau and the UAE’s Adcom Systems said they are working on a drone based on the Berkut VL superlight two-seat helicopter.