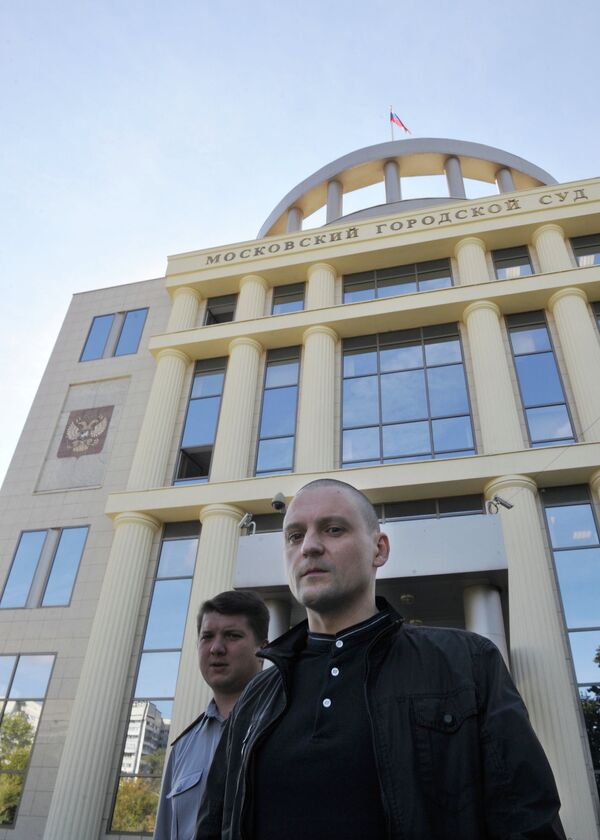 Left Front movement leader Sergei Udaltsov is now expected to remain under arrest until February, taking his period of detention up to a year.

His lawyer, Violetta Volkova, said the decision was unfounded and that Udaltsov had respected the terms of his house arrest.

“Udaltsov has not once violated the terms of detention. He is in conditions of limited mobility and he cannot telephone his lawyers,” Volkova said.

Udaltsov came to prominence during the mass street protests that erupted in response to widespread claims of electoral fraud in the 2011 parliamentary elections, which saw the pro-Kremlin United Russia party maintain its grip over the State Duma.

Investigations into Udaltsov began after the government-friendly NTV channel aired a documentary purporting to show the Left Front leader meeting with a Georgian politician, Givi Targamadze, and discussing plans for fomenting unrest in Russia and securing foreign funding to that end.

Udaltsov is also accused of being behind clashes with police at a sanctioned May 2012 rally in Bolotnaya Square in central Moscow.