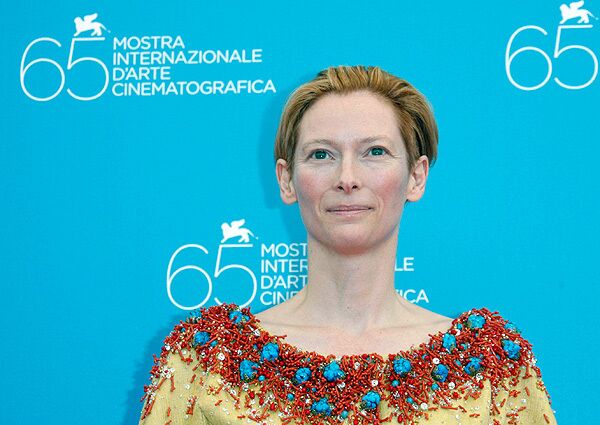 Subscribe
Oscar-winning Hollywood actress Tilda Swinton was behind a large donation that helped cover the funeral costs of Russian gay rights activist Alexei Davydov, who was buried in Moscow Monday, according to media reports.

Swinton, a British actress who works primarily in American movies, donated more than $2,000 to the fund, which was established by Russian gay rights activist Nikolai Alexeyev to pay for the funeral, according to The Huffington Post.

Alexeyev first noted the donation on Twitter, and a representative for Swinton confirmed she had made the donation to The Huffington Post Monday, the news website reported.

Davydov, a diabetic, died Friday at the age of 36 after slipping into a coma. Various reports cite kidney failure as the cause of death.

Davydov was the first person to be charged with violating Russia’s law banning the promotion of “non-traditional” relationships among minors after he unfurled a sign in a Moscow children’s library in July that said "Being gay is normal,” according to The New Republic.

While proponents of the legislation, which Russian President Vladimir Putin signed into law at the end of June, argue it is aimed at protecting children, critics claim the legislation is part of a much wider crackdown on Russia’s LGBT community

Swinton made headlines this July when a photograph of her standing in front of Moscow’s iconic St. Basil’s Cathedral holding the rainbow flag, symbolic of gay pride, was made public.