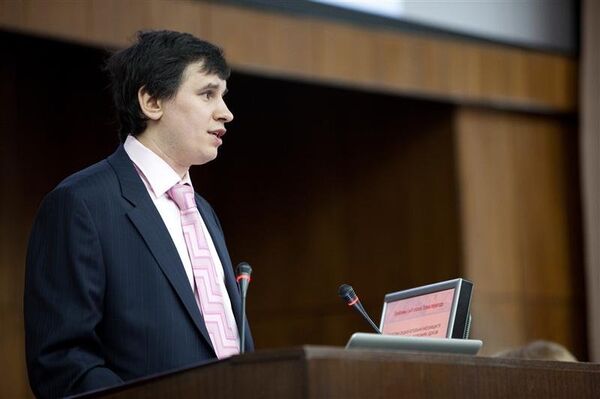 © Photo : The Federal Service for State Registration, Cadastre and Cartography
Subscribe
A senior Russian official suspected of involvement in a corruption scandal has been sacked, the federal land registration agency confirmed Monday, amid media reports that the man had already fled the country.

MOSCOW, September 30 (RIA Novosti) – A senior Russian official suspected of involvement in a corruption scandal has been sacked, the federal land registration agency confirmed Monday, amid media reports that the man had already fled the country.

Sergei Sapelnikov, former deputy head of the Federal Service for State Registration, Cadaster and Cartography (Rosreestr), which maintains the country’s real estate registry, was fired on September 26, almost three weeks after having reportedly fled to Ukraine or the United States, according to a report by the Izvestia daily.

Sapelnikov’s dismissal is a new development in the corruption scandal at Roseestr, where checks by Federal Security Service officers and Russia’s Audit Chamber in July found financial irregularities amounting to 23.9 billion rubles ($735 million). Investigators suspect that some 2.5 billion rubles ($75 million) was misappropriated during the implementation of the agency’s ambitious project to unify Russian real estate and cadastral databases, a process supervised by Sapelnikov.

Investigators are considering charges of inappropriate spending, fraud and negligence against Sapelnikov, who primarily oversaw the information technology sector. If a criminal case is opened, Sapelnikov, who also had access to state secrets and had no permission to leave the country, could be put on an international wanted list.

Sources in Russia’s Economic Development Ministry told Izvestia that Sapelnikov had crossed the Russian border near the western Bryansk Region on September 7 and went to Ukraine. Other sources, close to Roseestr, told the daily that the official was now in the United States and would not return to Russia while facing criminal charges.