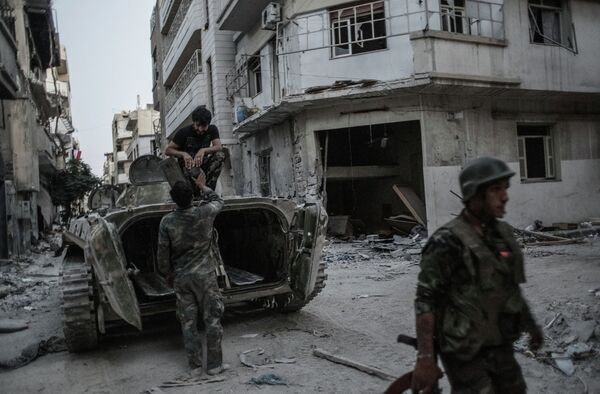 “The United Nations is ready to host Geneva-2,” the UN chief was quoted as saying. “Today can and must be a stepping stone to peace.”

“It is time for the parties to focus on how to build the peaceful, democratic future Syria needs,” Ban went on, adding that the conference should be fully representative of the Syrian people.

“All those with influence on the parties must use that influence now. It is crucial to keep up the momentum,” he said.

“We expect that increasingly fragmented Syrian opposition groups will finally be able to declare their readiness to take part in the international conference without preconditions, as the Syrian government did,” he said.

Syria’s envoy to the UN, Bashar Ja'afari, reiterated on Saturday that the Syrian government was "fully committed" to taking part in the event.

So far, the main obstacle to the Geneva-2 summit – intended to bring the Syrian government and rebel forces to the negotiating table – was reluctance to participate by the internationally recognized representatives of the insurgents, the Syrian National Coalition.

French Foreign Minister Laurent Fabius, who met with chief of the Syrian National Coalition (SNC) Ahmad Jarba on Thursday, said the coalition has signaled its readiness to attend the talks in Geneva.