Soyuz TMA-10M with 3 Crew Blasts Off for Space Station 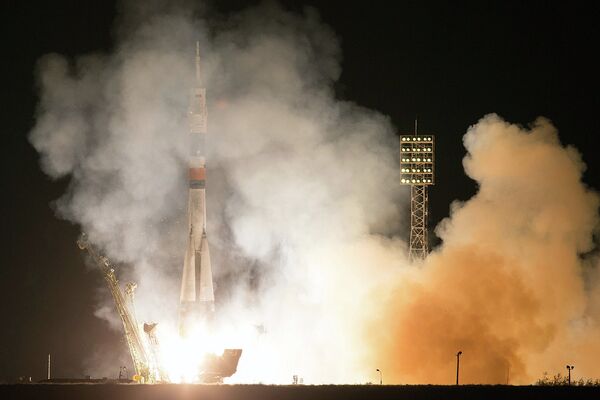 The liftoff occurred at 00:58 a.m. Moscow Time Thursday (2058 GMT Wednesday) from the Baikonur Space Center in Kazakhstan. The spacecraft is due to dock with the ISS some six hours after the launch.

Kotov is the most experienced of the three crewmembers. He has flown two long-duration spaceflights aboard the ISS, logging just short of a year in space. Ryazansky and Hopkins have no previous spaceflight experience.

The Soyuz-FG carrier rocket with the Soyuz TMA-10M spacecraft was rolled out to its launch pad at Baikonur on Monday.

This is the third consecutive manned flight to the ISS under the “short” six-hour flight program. Before March this year, all manned Soyuz missions were carried out under a two-day scheme.