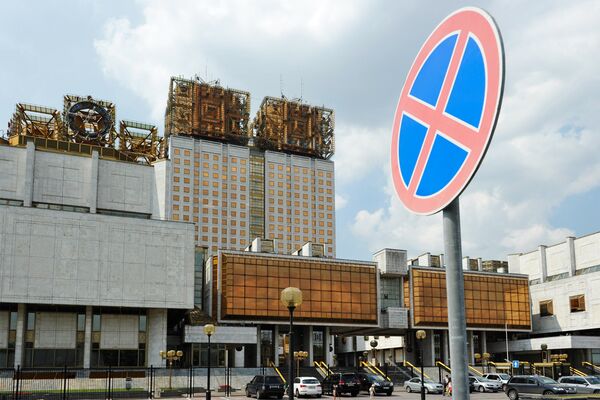 © RIA Novosti . Alexei Naumov
Subscribe
The upper house of Russia’s parliament approved a contentious reform of the country’s Academy of Sciences on Wednesday, as some 200 protesters gathered outside the legislature’s building in downtown Moscow.

MOSCOW, September 25 (RIA Novosti) – The upper house of Russia’s parliament approved a contentious reform of the country’s Academy of Sciences on Wednesday, as some 200 protesters gathered outside the legislature’s building in downtown Moscow.

The bill outlining the reform passed the Federation Council with 135 members voting in favor and two abstaining.
Its main provisions transfer the management of most academic property to a new federal government agency and merge three previously existing academies – focusing on the sciences in general, medicine and agriculture – into one, but bar the state from interfering in the academy’s scholarly activities.

The property management agency will be answerable directly to the prime minister, who will also appoint the head of the agency, a decision subject to presidential approval. The incumbent head of the academy, Vladimir Fortov, will stay in office for at least three years, according to the legislation, to take effect after being signed by President Vladimir Putin.
The reform has led to a public clash between scientists and authorities, with academy supporters holding numerous protest rallies countrywide since July.

Moscow police estimated the number of demonstrators outside the Federation Council building on Wednesday at about 200. Four protesters were briefly detained for disturbing the peace, as the rally was unauthorized, the police press service told RIA Novosti.

Despite decades of decline since the breakup of the Soviet Union, the Academy of Sciences is still the country’s leading scientific research establishment comprising about 50,000 researchers in its 434 affiliated institutions.

Critics have attributed the decline to the academy’s cumbersome and obsolete structure.