While removing silt in an effort to fish out a huge chunk of meteorite from the bottom of a lake in Russia’s Urals, divers recovered a smaller meteorite on Tuesday, scientists said.

YEKATERINBURG, September 25 (RIA Novosti) – While removing silt in an effort to fish out a huge chunk of meteorite from the bottom of a lake in Russia’s Urals, divers recovered a smaller meteorite on Tuesday, scientists said.

A meteorite, estimated to weigh about 10,000 metric tons, exploded over the Chelyabinsk Region in February. The biggest of chunks that the celestial body fragmented into ended up in the local Chebarkul Lake, and silt is now being pumped from the lakebed to recover it.

According to scientists, the huge chunk, weighting hundreds of metric tons, is buried under a 2.5-meter (8.2-foot) layer of silt. Scientists expect to remove the silt around it on Wednesday evening.

However, divers came across a smaller one on Monday evening, but were unable to recover it because of a huge amount of silt on the lakebed. The rock was eventually recovered early on Tuesday.

“A meteorite chunk roughly the size of a human fist has been lifted from the depth of 13 meters [43 feet] in Lake Chebarkul,” the Urals Federal University said in a statement.

Viktor Grokhovsky, the founder and longstanding leader of the university’s meteorite expedition, said he studied the images of the smaller meteorite and confirmed its space origin. 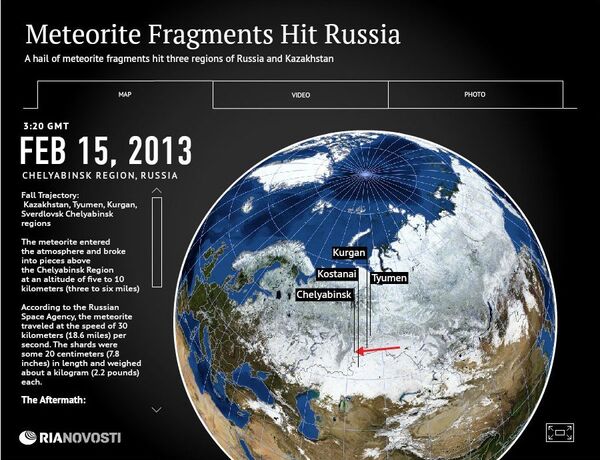 “I received images of this object, which according to members of the expedition has slight magnetic properties and has a brown crust with traces of smelting. I confirmed that this indeed was a meteorite,” he said.

The celestial body, later named the Chelyabinsk meteorite, exploded above the city on February, 15, leaving about 1,500 injured, mostly due to glass shattered by the shockwave. Scientists said the space rock was a typical chondrite (non-metallic meteorite).