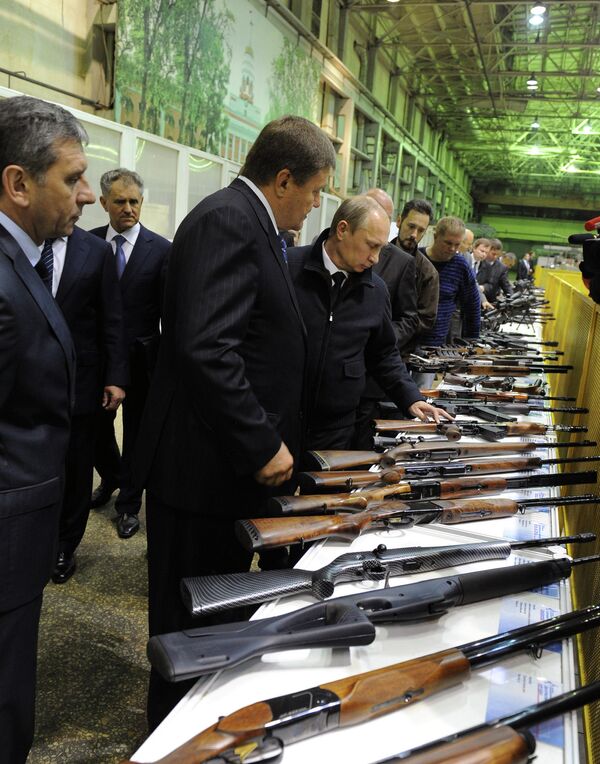 State-owned Russian Technologies, or Rostec, confirmed on Monday the sale of a 49 percent stake in arms maker Kalashnikov Corporation to private investors for 2.5 billion rubles ($75 million).

The stake has gone to a joint venture set up by Andrei Bochkarev, co-owner of Transmashinkholding and Kuzbassrazrezugol, and Alexei Krivoruchko, head of Aeroexpress, Rostec said in a statement.

Rostec will retain a 51 percent stake in the corporation. The 2.5 billion rubles will be invested within the next two years and spent on development projects, Rostec said.

The deal has received President Vladimir Putin’s blessing, according to a defense industry source cited by the Kommersant newspaper.

The investment should pay back within five years, Krivoruchko was quoted by Kommersant as saying.

“Our plans include a significant increase in manufacturing capacity. In particular, we are interested in establishing joint ventures with foreign partners for the production of gunpowder and ammunition,” he said.

Russia's Izhmash arms factory, manufacturer of the legendary Kalashnikov assault rifle, was renamed Kalashnikov Corporation in mid-August and will soon integrate several other defense plants into the new holding. It will include Izhmash, Izhmekh and some other small-arms manufacturers under the famed Kalashnikov brand.

Izhmash produces over 70 types of weapons, including firearms, aircraft guns, and artillery shells, as well as a variety of sporting and hunting weapons. The company won a $400 million Russian government contract in July to produce Vikhr anti-armor missiles. Izhmekh is best known for its Makarov and Yarygin pistols.

However, both companies have been recently experiencing financial difficulties and a sharp drop in production output. The government is now hoping to revive them by merging them under the new brand.

Mikhail Kalashnikov, 93, the designer of the Kalashnikov assault rifle, personally authorized the use of his name for the new corporation in February.