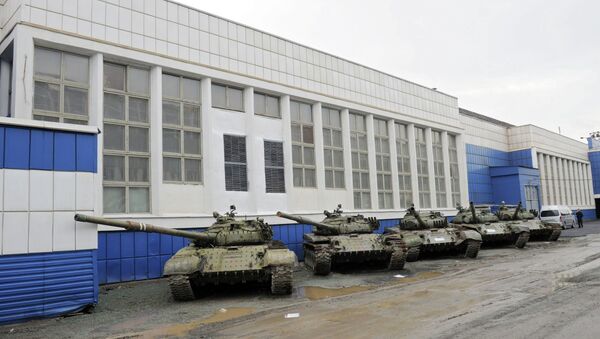 Russia’s new-generation main battle tank will feature an unmanned, remotely controlled turret that will be digitally controlled by a crew located in a separate compartment, a defense industry official said Monday.

An Armata prototype will be demonstrated at “a restricted showing” this month during the 9th Russia Arms Expo 2013 international arms exhibition due to the “secret nature of the project,” said Igor Sevastyanov, deputy general director of Rosoboronexport, Russia’s state-run arms export monopoly.

Another feature of the new tank, tentatively scheduled to enter military service in the Russian army in 2015, is an automated combat command and control system, he added.

Armata is a modular universal combat platform that will be used as a basis for a new tank, fire support vehicle, mine clearing vehicle, heavy flame throwing vehicle, bridge laying vehicle and other heavy equipment, Sevastyanov said.

A prototype Armata tank is ready for testing, and that process is due to begin in November, Lt. Gen. Alexander Shevchenko, commander of the Russian Tank Forces, said earlier this month in an interview with Ekho Moskvy radio.

The biannual Russian Arms Expo will run in the Urals city of Nizhny Tagil between September 25 and 28.