Uncertain World: Grand Diplomacy Is Back 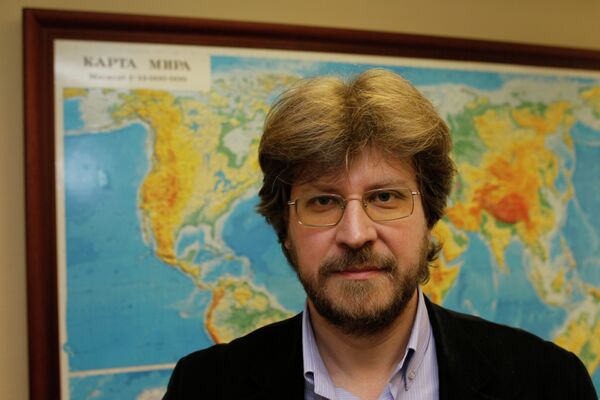 © RIA Novosti
Subscribe
We have grown unaccustomed to grand diplomacy of the kind when war and peace are at stake and a moment of inspiration can spark a bold new idea that, in retrospect, seems obvious.

We have grown unaccustomed to grand diplomacy of the kind when war and peace are at stake and a moment of inspiration can spark a bold new idea that, in retrospect, seems obvious. And then comes a race against time with tough political bargaining to defuse the “mines” that block the path to an agreement. 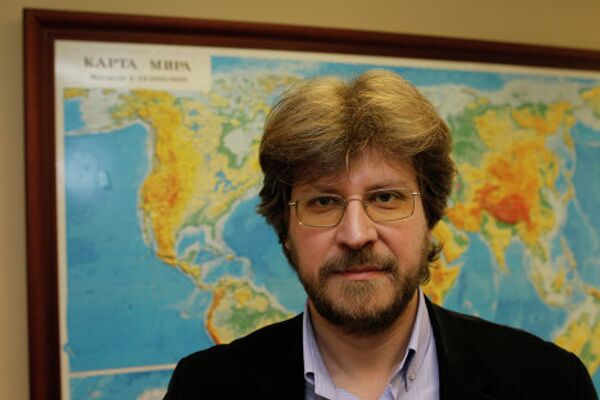 The Geneva talks between Sergei Lavrov and John Kerry on ridding Syria of chemical weapons are in this league. Something similar happened in spring 1999, when the G8 was arguing about how to end NATO’s war against Yugoslavia. But that outcome was essentially predetermined. The West was going to dominate the world politically and militarily, and Belgrade did not stand a chance up against its confidence that this was the right policy – the only thing left to discuss was the terms of surrender.

Russia is stronger, Europe is distracted by its own problems, and even America seems sick of fighting. Their instincts are the same, but their capabilities are not. This is why everyone has accepted Russia’s suggestion.

Kerry and Lavrov are pleased, but the main battle is yet to come. There is talk of applying chapter seven of the UN Charter, which provides for the use of sanctions and military force against countries in violation of UN-backed agreements. So far, Moscow has rejected anything that could start a chain reaction in which a deviation from the agreed plan (even an unintentional one in response to changed or changing circumstances) would automatically lead to sanctions and perhaps even military intervention.

Modern history abounds in examples of how differently the world’s leading powers can interpret UN resolutions. Legal interpretations are often colored by political animosity, and autocrats fall victim to a presumption of guilt. If something goes wrong, the West’s irritation at having to agree terms rather than dictate them will trigger a new ultimatum. This would infuriate Russia, which would think it had been used again.

Solving the chemical weapons problem will not resolve the main dispute between Russia and America – who is to blame for the civil war in Syria?

So, no one should be in any rush to hail a great diplomatic victory.

Nonetheless, we are entering a new era. Russia’s proposal was accepted because it promised to resolve a dilemma – how to avoid a war that nobody wanted (just look at opinion polls in America and Europe) without losing face.

In the early 1990s, when humanitarian intervention started being used to mean “a just war,” the world’s leading powers believed that local conflicts could be resolved by intervening on the side of the “good” guys rather than by negotiated agreements. But this became increasingly difficult, and dashed expectations fed growing doubts.

Suddenly everyone appreciates the need for diplomacy – serious efforts by professionals to find a way out of deadlock, identify and avoid potential pitfalls. The less the sides trust each other, the more important it is for them to work through all the nuances, for fear that differing interpretations may not only disrupt the process but lead to a much deeper crisis.

This new era will see a revival of grand diplomacy.

There has been a lot of talk – either with hope or dread – about a new multi-polar world. Now it has become reality. America has realized it is no longer possible to rule the world single-handedly. Moreover, the American people, weary of playing the role of global leader, no longer have any enthusiasm for foreign expansion.

More and more players want to exert influence on world affairs, but their ambition is not always backed up by real capabilities. Be that as it may, the time of simple solutions is gone. No country can impose its will for lack of real leverage. Recent developments in the Middle East bear this out.

Symbolically, though the bipolar world is long gone, Moscow and Washington are again the source of a new era. They are unrivaled in their combination of diplomatic skill and willingness to enforce agreements.

Divided and bogged down by its own problems, Europe cannot contribute much to these efforts. China still prefers to keep a low profile. New stars, like India and Brazil, simply do not know how to approach such issues for lack of experience in diplomacy when the stakes are this high. Regional heavyweights like Saudi Arabia, Turkey and Iran are part of the conflict.

It seems that everything is developing along the Kremlin-White House axis. The only difference is that, unlike in the past, Russia and America won’t be able to resolve the rest of the world’s problems. Right now, though, they don’t seem to have a choice.

Is Russia unpredictable? Perhaps, but one shouldn’t exaggerate – its randomness often follows a consistent pattern. But is the world at large predictable? The past two decades have seen all forecasts refuted more than once and have taught us only one thing – to be ready for any change. This column is on what the nations and governments are facing in the era of global uncertainty.

*Fyodor Lukyanov is Editor-in-Chief of the Russia in Global Affairs journal – the most authoritative source of expertise on Russian foreign policy and global developments. He is also a frequent commentator on international affairs and contributes to various media in the United States, Europe and China, including academic journals Social Research, Europe-Asia Studies, Columbia Journal of International Affairs. Mr. Lukyanov is a senior member of the Council on Foreign and Defense Policy and a member of the Presidential Council on Human Rights and Civic Society Institutions. He holds a degree from Moscow State University.

Uncertain World: Russia and Ukraine on the Verge of a Decisive Choice

Uncertain World: Obama and Xi Agree to a Truce

Uncertain World: The Fading Line Between Domestic and External Threats