Sex in the Soviet Closet: A History of Gay Cruising in Moscow 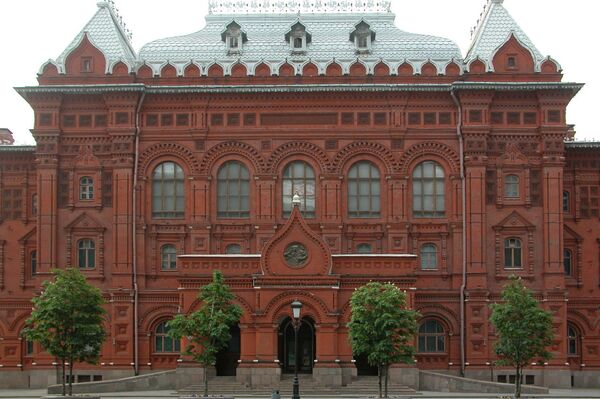 © Yevgeniy Fiks
Subscribe
From 1933 to 1993, homosexuality was officially outlawed in Russia under Article 121 of the Soviet Criminal Code. But all the while, the Communist capital’s most famous landmarks served as pick-up spots for gay men.In a new photo book, a Russian-American photographer captures the city’s Soviet cruising grounds as they look today.

MOSCOW, September 19 (Joy Neumeyer, The Moscow News) – One day in 1955, a Russian railway stoker named Klimov entered Moscow’s iconic GUM department store, looking for a bite to eat. While inside, Klimov, 27, stopped by the bathroom.

“In the toilet a young lad came up to me, shook my hand and said, ‘Let's get acquainted,’” Klimov later recalled. The man's name was Volodya. He invited Klimov to the Lenin Museum.

“He bought the tickets with his money, and we went straight to the men's toilet.”

An intimate encounter began, but they were interrupted by a pair of strangers.

Several weeks later, the men happened to meet in the GUM toilet again. This time, they opted for the secluded woods of Sokolniki Park.

From 1933 to 1993, homosexuality was officially outlawed in Russia under Article 121 of the Soviet Criminal Code. But all the while, the Communist capital’s most famous landmarks served as pick-up spots for gay men.

In a new photo book, titled “Moscow” and published by New York-based Ugly Duckling Presse, Russian-American photographer Yevgeniy Fiks captures the city’s Soviet cruising grounds as they look today. They are familiar to any resident of the city: the square in front of the Bolshoi Theatre, the Alexander Gardens outside the Kremlin walls, the Okhotny Ryad metro station.

Most of the spots are usually crowded. But in Fiks’ photos, they stand empty.

“This book is a type of kaddish [mourning prayer] for the lost and repressed generations of Soviet-era gays,” Fiks said.

Invisible to most Muscovites, cruising grounds composed a silent topography that existed parallel to Soviet life – offering the possibility of same-sex love in a society that did not acknowledge its existence.

Full story available on the site of The Moscow News.