Russia Moves Up, US Falls in World Economic Freedom Ranking 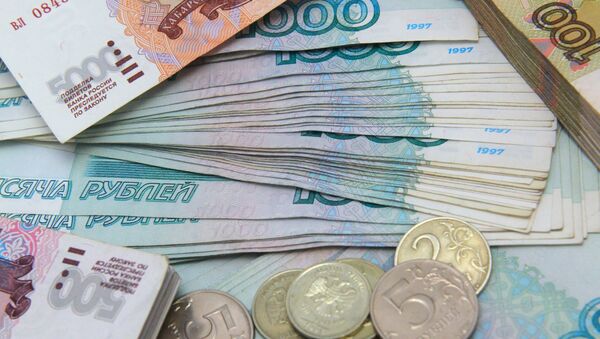 © Sputnik / Ilya Pitalev
/
Go to the photo bank
Subscribe
Russia has climbed 10 places since 1995 in a global ranking of economic freedom, while the United States has fallen 13 spots over the same period, according to a report from a Canadian public policy think-tank released Wednesday.

WASHINGTON, September 18 (by Karin Zeitvogel for RIA Novosti) – Russia has climbed 10 places since 1995 in a global ranking of economic freedom, while the United States has fallen 13 spots over the same period, according to a report from a Canadian public policy think-tank released Wednesday.

Russia ranked 101st out of 151 nations, up 10 places from 1995 and 12 places better than its ranking in 2000, in the “Economic Freedom of the World” report, compiled by Canada’s Fraser Institute.

After ranking as the world’s third freest economy behind Hong Kong and Singapore for most of the two decades from 1980-2000, the United States began to lose ground as the new millennium began. The report blames the slippage on “overspending, weakening rule of law, and regulatory overkill on the part of the US government.”

“Once considered a bastion of economic freedom,” the United States now ranks 17th in the world,” says the report, which was compiled using data from 2011. The current US ranking puts it 13 places lower than its 4th-place ranking in 1994, and 15 lower than in 2000, when it ranked second overall.

Russia has climbed up the rankings to be the best-placed of the rising economies known collectively as the BRIC countries (Brazil, India, China and Russia), which investment firm Goldman Sachs has predicted will become the world’s dominant suppliers of manufactured goods and services, as well as raw materials, and outstrip the current major economic powers in terms of wealth by 2050.

Russia’s good performance, compared to the other BRIC countries, could be due to the fact that “liberal reforms in India and China have been grossly exaggerated, and Brazil's have been largely non-existent,” Robert Lawson, an economist at Southern Methodist University and one of the co-authors of the report, told RIA Novosti.

But, despite its improved ranking, Russia is still in the bottom third of the 151 countries analyzed for this year’s economic freedom report.

Of the five criteria used to rank countries, Russia scored well on size of government (63rd overall), legal system and property rights (82nd) and monetary policy (67th), but fell down on freedom to trade internationally, where it ranked a very poor 136th, and regulations, where it was 127th overall, the report shows.

“Almost all of the gains Russia has seen can be attributed to monetary policy,” West Virginia University economics professor Joshua Hall, another of the report’s co-authors, told RIA Novosti.

“In 2000, the growth of the money supply as we measured it in Russia was 39.1 percent and inflation was almost 21 percent a year.” Hall said.

“In 2011, money growth was 8 percent and inflation 8.4 percent -- high by world standards but still a tremendous improvement,” he said.

Freedom to trade internationally, on the other hand, has been negatively affected by an increase in restrictions on foreign ownership and investment limits, Hall said, without going into detail about policy changes that might have led to the more onerous conditions.

The change in the system of government in Russia – from the communist regime of the USSR to the free market system today – also helped boost it in the rankings, Hall said.

But two other former Soviet Republics, Estonia and Georgia, moved more rapidly to implement economic reforms after the collapse of the Soviet Union and have moved much higher in the rankings than Russia.

“Estonia was the first to reform quickly and toward economic freedom under Mart Laar's leadership and now rates 16th,” Lawson of SMU said. Laar was prime minister of the Baltic state from 1999-2002.

In Georgia, reforms came a little later, after the 2003 Rose Revolution which brought to power Mikheil Saakashvili and Kakha Bendukidze.

Saakashvili, who was president of Georgia from 2004 to last year, and Bendukidze, who was the country’s economic development minister, state minister for reform coordination and head of the State Chancellery under Saakashvili, were “both fast reformers,” Lawson said.

The Fraser Institute says it uses data and surveys from the World Bank, International Monetary Fund and World Economic Forum to judge the state of a country’s economic freedom.

Different criteria are used in the report to measure those freedoms: whether a country has an independent legal system that protects people’s property rights and enforces contracts, a stable monetary environment, a government that keeps taxes low and doesn’t overspend, and few barriers to trade and regulations.