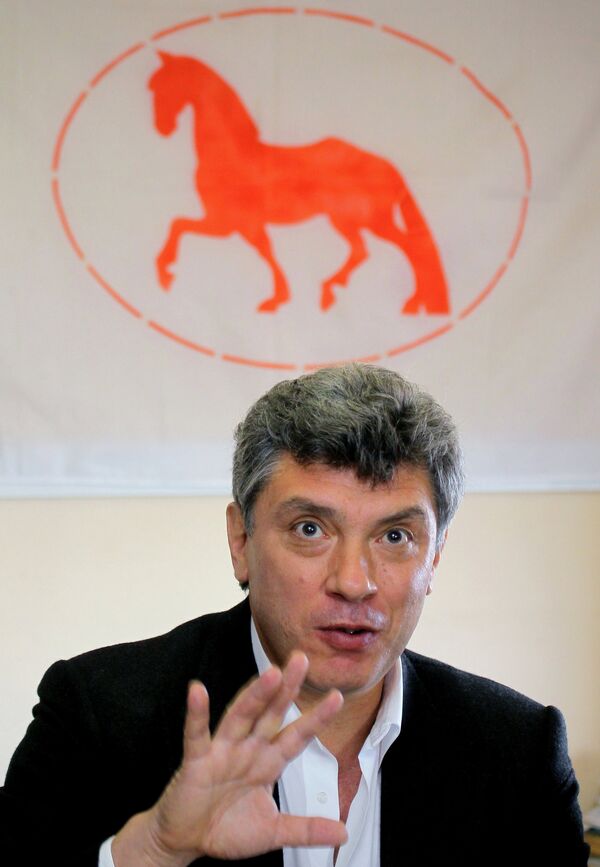 Prosecutors in Yaroslavl did not indicate which statements concerned them, but Boris Nemtsov, who is co-leader of the Parnas opposition party and a local lawmaker, links this to a speech he gave on Sept. 5.

Nemtsov warned readers that saying “freeing Russia of crooks and thieves will start in Yaroslavl,” is now considered “extremist” and punishable by up to five years in jail, according to his Tuesday's Facebook post.

Nemtsov used the phrase in his address to a rally in the Volga River city on Sept. 5, during which he urged locals to collect signatures on a petition to release the city’s former mayor, who is under arrest on extortion and bribery charges.

A representative of the Yaroslavl region prosecutor’s office said that Nemtsov is being probed for alleged “public calls for extremist actions made using the mass media.”

If convicted, under Russian law, he faces up to up to five years in jail and a three-year ban on holding certain jobs.

Nemtsov, who won his seat in the Yaroslavl regional parliament in the Sept. 8 election, claims in his Facebook post that – if found guilty – he will automatically lose the right to be a lawmaker.

Opposition leader and anti-corruption whistleblower Alexei Navalny popularized the use of the phrase “crooks and thieves” to denote the ruling party United Russia.

Nemtsov’s Parnas party is part of the non-parliamentary opposition, a handful of fractured groups that remain on the margins of mainstream politics.