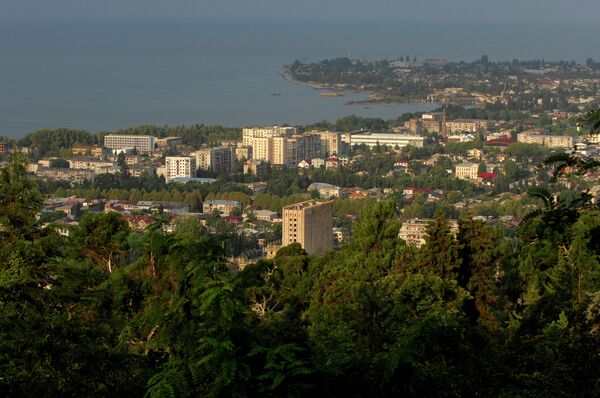 The widow of a murdered Russian diplomat in Georgia’s breakaway republic of Abkhazia died Saturday of gunshot wounds, a medical doctor said.

Dmitry Vishernyov, first secretary at Russia's embassy in Abkhazia’s capital, Sukhumi, was killed by a gunshot to the head in the garage of his home at about 8:30 a.m. on Monday. His Olga wife was badly wounded in the attack and hospitalized.

Early on, local officials had speculated that the killing may have been politically motivated, not only because the victim was a diplomat, but because the crime took place on the fifth anniversary of the establishment of diplomatic ties between Abkhazia and Russia, the Kommersant daily reported.

The Izvestia daily claimed Friday that the killing was triggered by conflicts about the construction of a Russian embassy complex in Sukhumi for $35 million.

Abkhazia broke away from Georgia following an ethnically tinged war in 1992-93, and was formally recognized as independent by Russia in 2008 after a conflict with Georgia over its other disputed region, South Ossetia. Moscow has been a close ally of Abkhazia in its drive for independence and has a security assistance agreement with Sukhumi; many Abkhaz hold Russian citizenship.

Political violence has plagued Abkhazia in the past. In February 2012, the republic’s president, Alexander Ankvab, survived a gun-and-bomb attack on his motorcade.