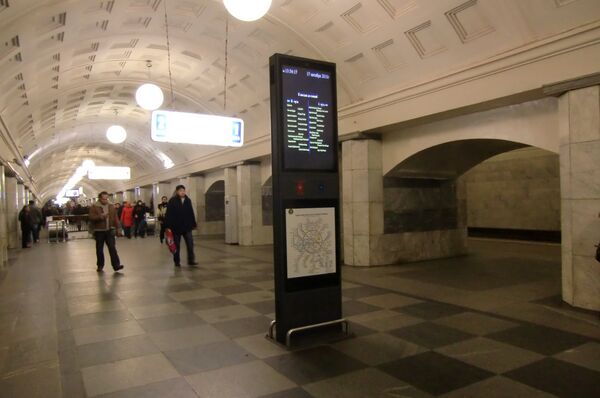 A Moscow police spokesman told RIA Novosti that the massive police sting aims at “identifying and suppressing crimes and violations on all the stations of the capital’s metro and adjacent territories.”

Dozens of police officers, many of them baton-wielding and burly riot policemen were seen on the Moscow subway Saturday checking IDs and detaining passengers, many of them dark-skinned Central Asians or natives of Russia’s North Caucasus.

Russian bloggers said that conducted massive ID checks. "Be careful, today there are roundups on the metro," a Muscovite Pavel Pryanikov said in a tweet. "Just saw a riot police patrol ... check every third [passenger]."

The Moscow subway is one of the world’s busiest rapid transport systems that consists of almost 200 mostly underground stations, stretches more than 300 kilometers carries almost 2.5 billion passengers a year, according to its 2012 figures. It remains the cheapest and most reliable transport in the Russian capital that suffers of some of the world’s worst traffic jams. 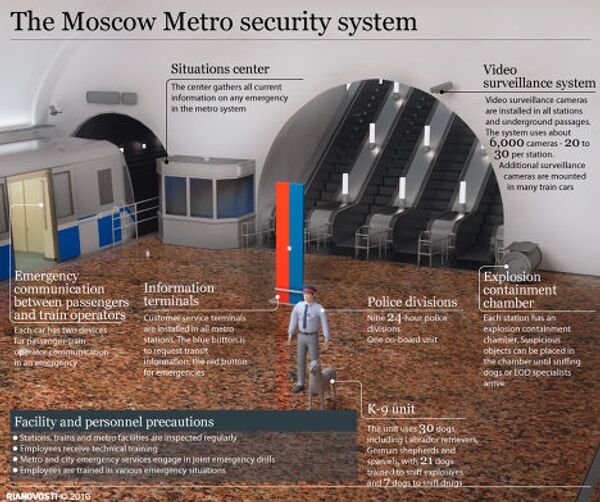 Human rights groups claim that Russia’s notoriously corrupt police routinely prey on labor migrants who use the subway, while city authorities maintain that the underground city within a city has become a magnet for criminals that pick pockets and peddle forged documents, drugs and even weapons.

Hundreds of migrants, most of them from Vietnam, were forcibly placed in a tent camp in Moscow over alleged violation of migration rules after massive raids on Moscow markets and other migrant workplaces in August. The raids followed an attack on a police officer who was seriously injured at a market while trying to detain a suspected sex offender.

Economic growth driven by revenues from oil exports and a dwindling domestic labor force have attract millions of labor migrants, many of them the former Soviet republics of Central Asia. Some 11.3 million foreigners entered Russia this year, of whom 3 million work illegally, the Federal Migration Service said in late July.

TomTom, a Dutch company specializing in GPS navigation technology, in April rated Moscow as the city with the world’s worst traffic jams.