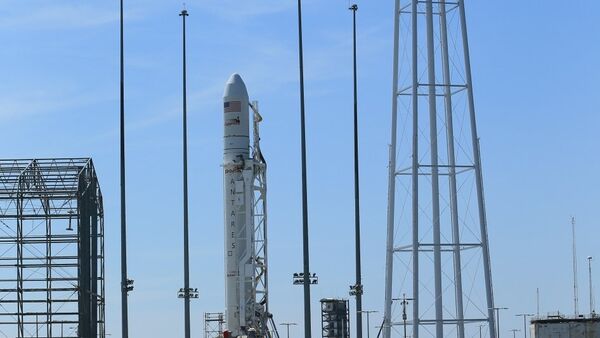 The debut launch of the commercial Cygnus spacecraft to the International Space Station (ISS) was delayed for at least one day, US company Orbital Sciences said on Saturday.

MOSCOW, September 15 (RIA Novosti) – The debut launch of the commercial Cygnus spacecraft to the International Space Station (ISS) was delayed for at least one day, US company Orbital Sciences said on Saturday.

Cygnus was to be launched atop an Antares rocket on Tuesday, from a launch pad in Wallops Island, Virginia.

"The combination of yesterday’s poor weather that delayed rollout of the rocket to the launch pad and a technical issue that was identified during a combined systems test held last night involving communications between ground equipment and the rocket’s flight computer drove the decision to delay the launch," the company said.

Orbital Sciences developed the Cygnus cargo spacecraft as part of its joint research and development initiative with NASA, which currently relies heavily on Russia's Soyuz spacecraft to ferry astronauts and cargo to and from the space station after its Space Shuttle program ended in 2011.

Under the $1.9 billion contract with NASA, Orbital will conduct eight operational Cygnus missions to deliver approximately 20,000 kilograms of cargo to the ISS, including crew supplies and consumables, spare parts and equipment, and scientific experiments.

The Antares medium-class launch vehicle, initially known as Taurus II, can carry spacecraft weighing up to 14,000 lbs. into low-Earth orbit, as well as lighter-weight payloads into higher-energy orbits. Antares made its maiden flight in late April, taking into space an imitation of Cygnus and four satellites.