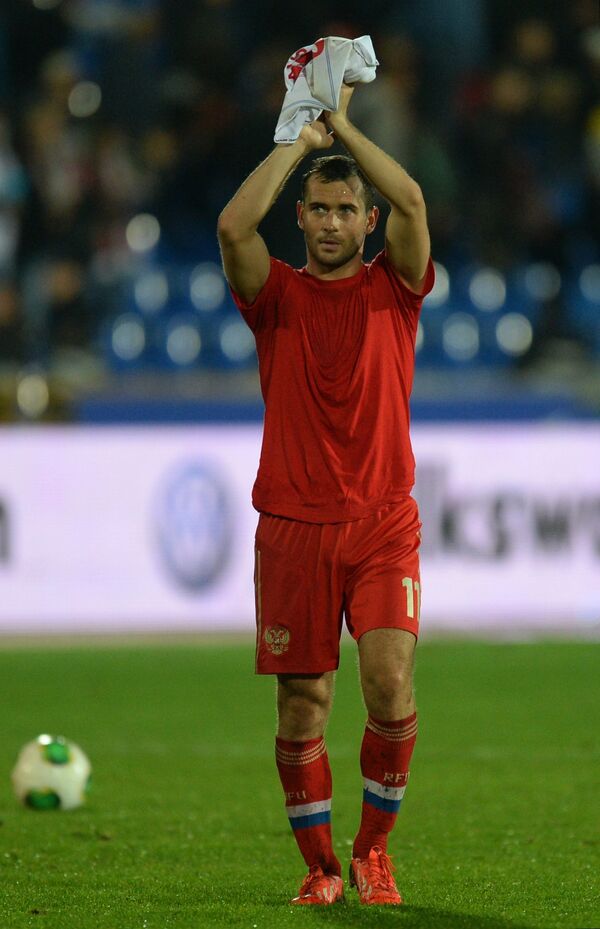 Alexander Kerzhakov scored one goal and set up another as Zenit St. Petersburg beat Terek Grozny 2-0 at home to keep pace with the Russian Premier League leaders.

Zenit stay third in the table, but the win cuts the gap to leaders CSKA Moscow back to three points after CSKA defeated FC Rostov 1-0 earlier in the day. The win means Zenit are now unbeaten at home in the league for a calendar year, ever since a 2-0 home loss to Terek on September 14, 2012.

"We deserved the win," Zenit manager Luciano Spalletti said in televised comments. "Against a team like Terek, who are very well organized, who are physically very strong ... if you don't play with real dedication, you won't get anything good out of the match."

Terek stay 14th as their problems in attack continued - they are the league’s lowest-scoring side with just three goals from eight matches.

"You can improve all you want, but the most important thing remains the result," Terek coach Yuri Krasnozhan said in televised comments when asked if there were any positives to take from the Zenit game.

In an echo of Zenit’s winning side of the mid-2000s, Andrei Arshavin dribbled through the Terek half before feeding Kerzhakov to slot in the opening goal on 21 minutes.

The second came three minutes before the break when Kerzhakov swung in a perfectly curling cross for Miguel Danny to power a header past Terek goalkeeper Yaroslav Godzyur as the defense failed to react.

Kerzhakov had chances to score more, hitting the inside of the post with a first-half free-kick and missing a golden chance to make the result more comfortable on 67 minutes.

Terek's best chances to score came soon after that glaring miss. First new signing Jeremy Bokila sent a speculative effort against the upright and then seconds later goalkeeper Yuri Lodygin made an impressive one-handed reaction save to keep out Kanu's header.

Earlier in the day, second-placed Spartak beat FC Volga 1-0 away and there was a 1-1 draw between FC Krasnodar and Krylya Sovetov Samara.