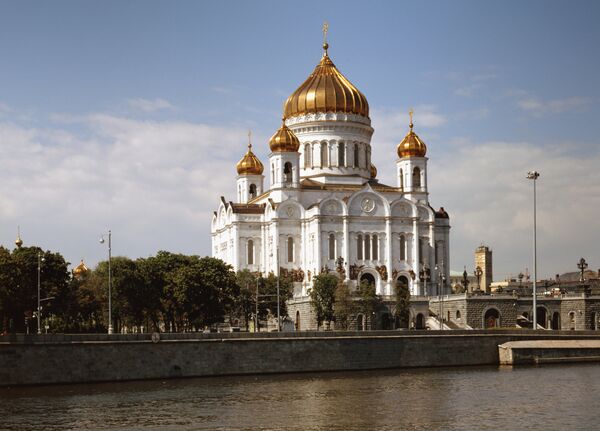 Russia’s dominant Orthodox Church said Friday it would discuss a draft document that will “heal” a schism with some of the smaller Russian Christian denominations known collectively as Old Believers.

MOSCOW, September 13 (RIA Novosti) – Russia’s dominant Orthodox Church said Friday it would discuss a draft document that will “heal” a schism with some of the smaller Russian Christian denominations known collectively as Old Believers.

An expert on religions in Russia hailed the document as a “timely” effort by the increasingly powerful Russian Orthodox Church, but some of the Old Believers rejected the initiative, claiming it will not redeem centuries of persecution.

The Old Believers split from the mainstream Russian Orthodox Church after a reform initiated by Moscow Patriarch Nikon in the 1650s. The reform sought to clarify service texts, the spelling of Jesus’s name in the Cyrillic alphabet and other rituals such as the number of fingers believers should use when crossing themselves.

The Moscow Patriarchate chose three fingers, the Old Believers stuck to two – and fled purges and mass executions in central Russia by settling in the Urals and Siberia and splitting into yet more groups over doctrinal disagreements. Some of these groups managed to retain their distinct rituals and lifestyle under the officially atheist Communist regime, and enjoyed a revival after the 1991 Soviet collapse.

The cleric added that the draft document is aimed at restoring the uniformity of rituals that will facilitate the reunification effort. “Unfortunately, to this day, the latter [Old Believers seeking reunification] differ significantly in their church and legal practices,” he said. “We needed to introduce a canonical uniformity.”

The draft document published on the Moscow Patriarchate’s website Wednesday stipulates that any Christian baptized under any of the Old Believers’ rites may be “reunited” with the mainstream Church after being anointed by an Orthodox cleric.

It said that couples married under the Old Believers’ rites “do not necessarily” need to remarry in accordance with the mainstream church canons, and that Old Believer monks will not have to retake their vows after reuniting with the Moscow Patriarchate.

An expert on religions practiced in Russia said that the draft document may help “solve” the problems between the Moscow Patriarchate and Old Believer groups. “The document’s emergence is timely, the problem had to be solved,” Boris Falikov of the Russian State University for the Humanities told RIA Novosti. “But it will hardly satisfy the Old Believers; they demand more radical steps.”

A cleric with the Russian Orthodox Church of Old Believers said that he had not heard about the draft document and rejected the initiative. “Nobody wants to reunite,” the cleric with the church, which claims to have parishes in 14 of Russia’s 83 provinces, told RIA Novosti. “We remember all the horror, how they exterminated millions of Old Believers.”

Some of the visitors to an Old Believer website that published the Moscow Patriarchate’s draft document also expressed a negative opinion about the initiative.

"One can only heal a healthy organism; to attach ashes to a living body is to create death," a user registered under the name of Glrem said in a comment posted Thursday on the samstar.ucoz.ru forum of Old Believers in the Volga River city of Samara. "A devilish business!"