Up to 37 Killed in Fire at Russian Psychiatric Institution 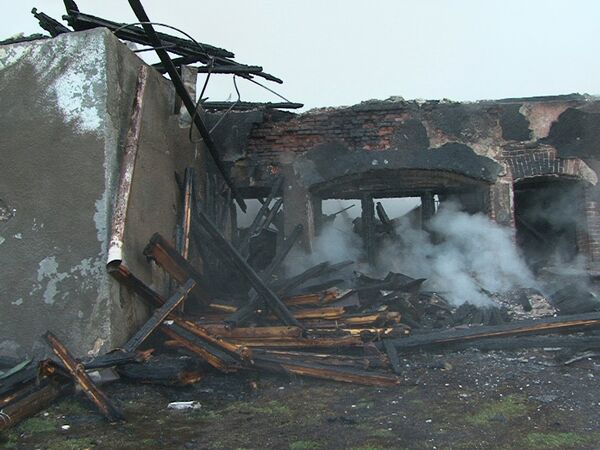 © Photo : Emercom of Russia
Subscribe
Up to 37 people died when a fire gutted a psychiatric institution Friday morning outside the central Russian city of Veliky Novgorod, according to officials.

MOSCOW, September 13 (RIA Novosti) – Up to 37 people died when a fire gutted a psychiatric institution Friday morning outside the central Russian city of Veliky Novgorod, according to officials.

Various government agencies gave differing death tolls. The regional branch of the Investigative Committee said 37 people had died in the blaze, while a representative of the Emergencies Ministry said 15 bodies had been recovered and the fate of 22 missing people was unclear.

A criminal case has been opened into the reasons for the fire and searches and document seizures were already underway Friday, according to a statement on Russia’s Investigative Committee’s website.

“According to preliminary information, the cause of the fire was carelessness on the part of one of the patients,” the local branch of the Investigative Committee said. Those who died in the fire included a 46-year-old female orderly who had saved some people, the committee added.

The Emergencies Ministry said earlier in a statement that 23 people had been saved, while the Health Ministry said that a total of 59 people were in the one-story building when the fire started.

The fire occurred in the village of Luka at the Oksochi psychoneurological institution – a type of facility common across Russia where elderly people unable to look after themselves, the mentally ill and the chronically institutionalized are kept, usually until they die.

The incident is the latest in a series of fires at mental institutions across Russia this year, despite efforts by authorities to bolster fire safety at such closed institutions.

The deadliest fire at a mental institution this year took place on April 2, when an early morning blaze in the town of Ramensky north of Moscow killed 38. Only three people survived the fire and the tragedy prompted President Vladimir Putin to call for a closer look at fire prevention standards in hospitals across the country.

Two more fires took place in May at psychiatric institutions in Russia’s central Tambov Region and in the southern Krasnodar Region.

Updated throughout the day.