Russian Troops Set off to Belarus for Joint Military Drills 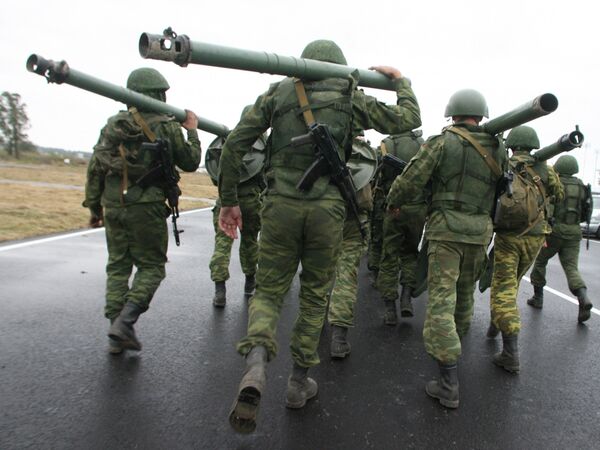 The two-stage drills, which will also involve “rapid-reaction” units from the Collective Security Treaty Organization (CSTO), will be taking place in Belarus and Russia between September 20 and 26.

Vyacheslav Usik, a spokesman for the Russian General Staff, said earlier that Belarus will send 10,400 servicemen to the drills, which will also involve some 60 aircraft and helicopters and up to 250 combat vehicles.

Moscow and Minsk held similar large-scale military exercises in September 2009. They involved about 12,500 servicemen and up to 200 pieces of military hardware.