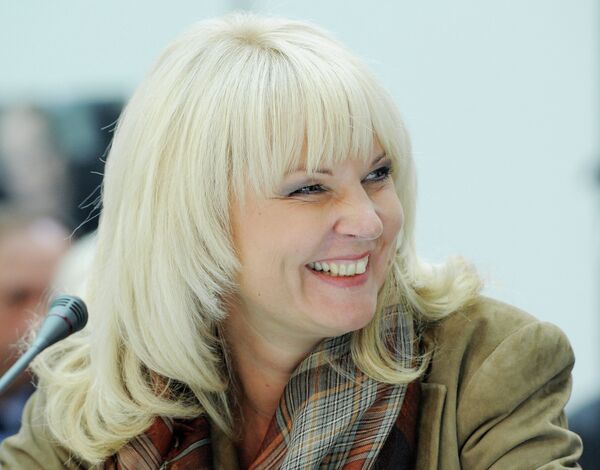 Golikova was selected by Putin from a pool of three candidates for the position put forward by a State Duma commission that also included Sergei Stepashin, the Chamber's head since 2000, and Andrei Makarov, the head of the Duma’s budget and tax commission and a television presenter.

In an interview with television channel Rossiya 24, Golikova said Monday that she was concerned about wasteful government spending, and that the Audit Chamber should not just oversee budget spending, but also participate in the formation of laws determining budget expenditure.

Putin also nominated Vera Chistova, the current head of Moscow city government's financial department, as deputy head of the Audit Chamber on Monday, according to the Kremlin.

A law passed in April ordered senior staff changes at the Audit Chamber, which has a mandate to oversee government expenditure, to take place before October 1.

After four years working as health and social development minister, Golikova was made a presidential aide last year following Putin’s election for a third presidential term. Prior to that she worked in the Finance Ministry, where she was deputy finance minister between 1999 and 2004. Her nomination to the head of the Audit Chamber was widely reported by Russian media in advance of the announcement Monday.

The State Duma is required to approve Golikova’s appointment before she officially takes up the position.