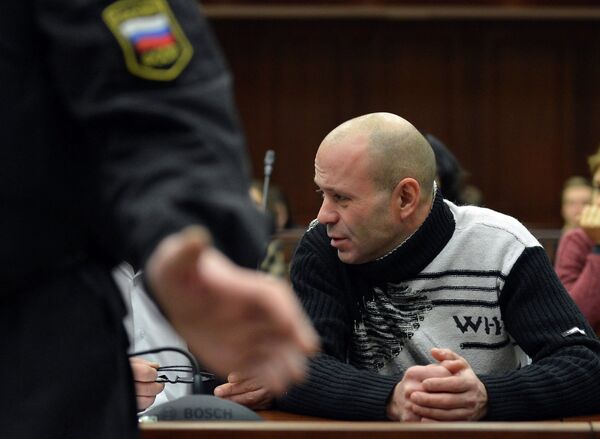 © RIA Novosti . Maxim Blinov
/
Go to the photo bank
Subscribe
The trial of the men charged with killing journalist Anna Politkovskaya was postponed Monday until the following day after a key witness had an epileptic seizure in the courtroom.

MOSCOW, September 9 (RAPSI) – The trial of the men charged with killing journalist Anna Politkovskaya was postponed Monday until the following day after a key witness had an epileptic seizure in the courtroom.

Dmitry Pavlyuchenkov suffered the seizure while being cross-examined at the Moscow City Court Monday. Pavlyuchenkov, a former police officer who had previously struck a plea bargain with investigators, agreed to testify against his alleged accomplices and was given a reduced sentence of 11 years in prison. According to the prosecution, Pavlyuchenkov was tasked with locating Politkovskaya, and following her during her daily routines.

A journalist with the investigative Novaya Gazeta newspaper, Politkovskaya was shot and killed in her apartment building on October 7, 2006. Her murder has been linked by some to her coverage of human rights abuses in Chechnya.

The investigators believe that Rustam Makhmudov committed the murder with the help of his brothers Ibragim and Dzhabrail, their uncle, and Khadzhikurbanov.