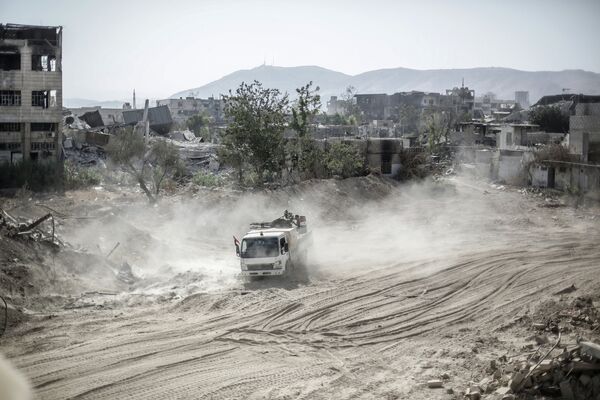 A senior Russian lawmaker and the US ambassador to Russia have discussed a possible US operation in Syria on Twitter.

MOSCOW, September 8 (RIA Novosti) - A senior Russian lawmaker and the US ambassador to Russia have discussed a possible US operation in Syria on Twitter.

The discussion between Ambassador Michael McFaul and Alexei Pushkov, the head of the Russian State Duma international affairs committee, started Saturday when Pushkov commented on a tweet from Samantha Power, the US ambassador to the United Nations.

Power wrote Friday that “the costs of not taking a targeted military action in Syria are far greater than the risks of the limited but necessary measures” that the US president outlined. Pushkov replied that that was “exactly the argument the Bush administration used in order to explain its aggression against Iraq” in 2003.

McFaul joined the conversation and said Pushkov’s analogy was “false,” as “unlike 2003, no one doubts that the regime has weapons, they used them, and we will not invade.”

But McFaul told him that Obama was “not looking to bring down Assad,” but instead sought “to defend the international norm of no use of chemical weapons.”

The unrest in Syria began in March 2011 and later escalated into a civil war. More than 100,000 people have been killed in the conflict so far, according to UN estimates.

The US Senate Foreign Relations Committee voted Wednesday to give US President Barack Obama the authority to use military force against the government of Syrian President Bashar Assad in response to an alleged chemical weapons attack last month.

Russia has urged all sides in the Syrian civil war to use diplomatic means to end it.