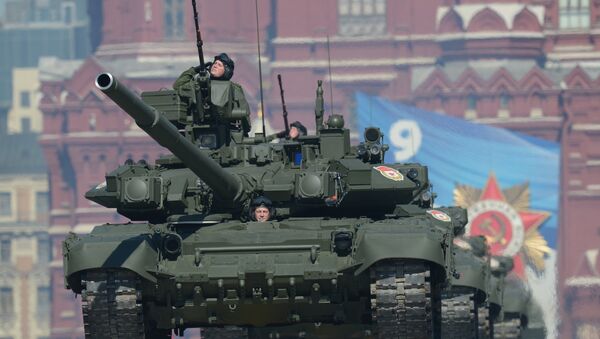 The prototype of Russia’s next generation Armata main battle tank is ready for testing, which will begin by November, the head of the Russian Tank Forces said Saturday.

MOSCOW, September 7 (RIA Novosti) – The prototype of Russia’s next generation Armata main battle tank is ready for testing, which will begin by November, the head of the Russian Tank Forces said Saturday.

“The prototypes will be unveiled soon at an exhibit in Nizhny Tagil, and their tests will kick off within a month or two, I believe,” Lt. Gen. Alexander Shevchenko said on Echo Moskvy radio.

The biannual Russian Arms Expo will run in the Urals city in September 25-28 this year. Deputy Prime Minister Dmitry Rogozin said in July that the country’s leadership will get a sneak preview of the new tank during the arms fair.

An unmanned version of the Armata main battle tank is also on the cards, Shevchenko said.

Armata is a universal combat platform that is to be utilized for production of various armored vehicles. Shevchenko said on Friday that prototypes are already created for an Armada-based main battle tank, heavy infantry fighting vehicle and armored recovery vehicle.

The combat platform, named after a 14-century Russian cannon, is being designed since 2009 by the state-run corporation Uralvagonzavod, headquartered in Nizhny Tagil.

Armata-based vehicles will be a match for their existing NATO counterparts and even excel them in certain areas, Shevchenko said Friday, without elaborating.

Not much is known about the upcoming Armata battle tank, tentatively scheduled to enter military service in the Russian army in 2015. Media reports and military officials said earlier said that its turret would be unmanned, with three-man crew residing in the better protected chassis area, and that the main gun may utilize either shells or missiles.

Shevchenko also said Saturday that all standing alert units of the Russian army will switch to two types of main battle tanks – the T-72 and the T-90 – by early 2015. The move will complete the tank unification program in the Russian military, which utilized 40 models of 10 different battle tanks in 2008, he said.