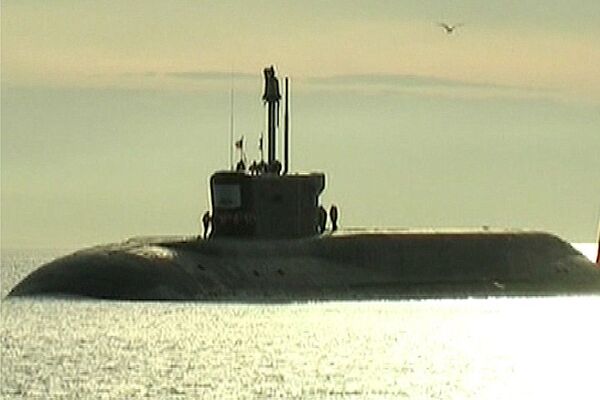 “The day before, a Bulava SLBM was fired toward the Kura test site in Kamchatka [in Far East] during state trials of the Alexander Nevsky nuclear-powered submarine in the White Sea,” the spokesman told journalists, adding that the rocket experienced a malfunction in one of its systems on the second minute of the flight.

A state commission led by the Russian Navy Commander Adm. Viktor Chirkov will investigate the reason for the unsuccessful launch.

The Alexander Nevsky submarine was expected to be handed over to the Navy on November 15, while the other Borey-class sub, the Vladimir Monomakh, will join the fleet in mid-December, Russia’s Sevmash shipyard chief Mikhail Budnichenko said in early July.

However, the commissioning of both of those submarines depends on the success of the Bulava test launch. The spokesman did not elaborate on how the failure would affect the schedule. 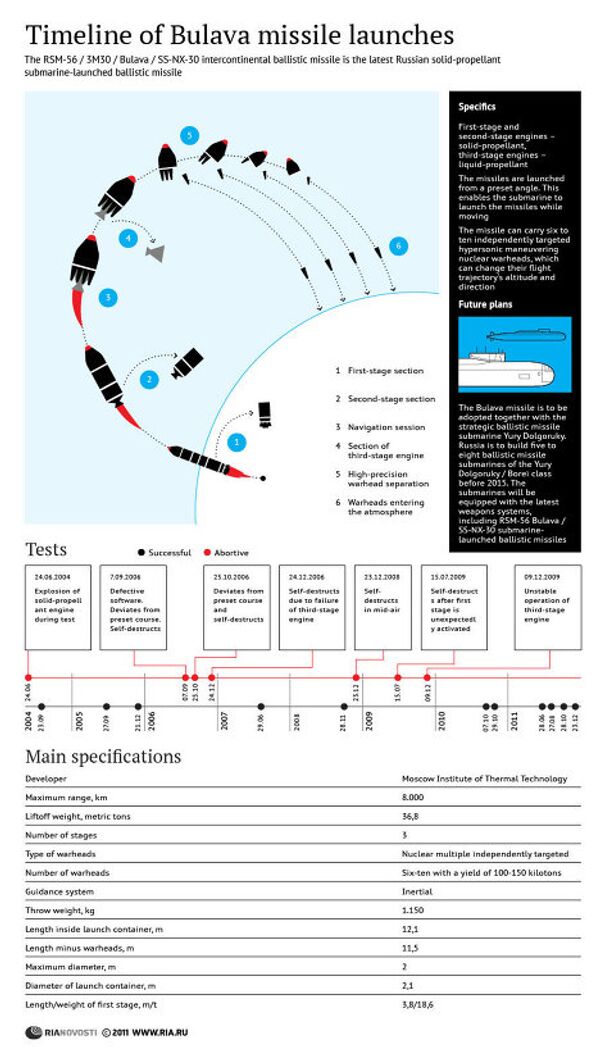 The three-stage Bulava carries up to 10 MIRV warheads, has a range of over 8,000 kilometers (5,000 miles) and is designed for deployment on Borey-class nuclear submarines.

With Friday’s failure, eight of 19 or 20 test launches of the troubled Bulava have been officially declared unsuccessful. However, some analysts suggest that in reality the number of failures is considerably higher.

Despite several previous failures officially blamed on manufacturing faults, the Russian military has insisted that there is no alternative to the Bulava.