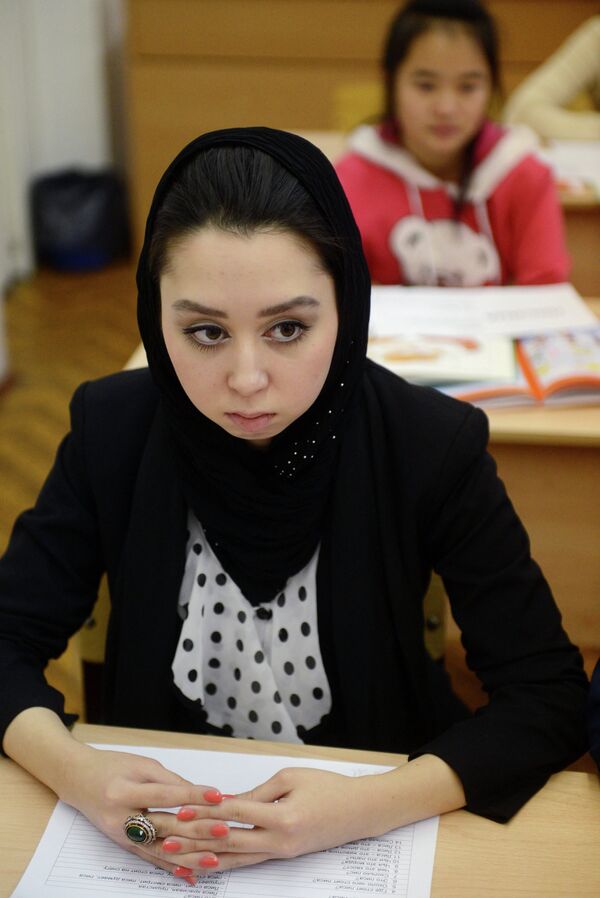 © RIA Novosti . Ilya Pitalev
/
Go to the photo bank
Subscribe
Prosecutors in southern Siberia have demanded that high school girls in a remote mountain village give up Muslim headscarves in classes to avoid violating a new nationwide secular dress code.

A check found some hijab-wearing students in a school in the Kosh-Agachsky district of Russia's Altai Republic, local prosecutors said on their website Friday.

A degree of flexibility regarding school clothing is still acceptable, but hijab wearers have been bending the rules too much because Russian schools are secular by law – which includes the dress code – and the headscarf is a religious attribute, the prosecutors said.

No complaints have been reported so far over the ban. Prosecutors already banned headscarves in several district schools last year – when no dress code was in force – but eased the ban on the request of a local imam, the Gorno-Altaisk.info local news site said Friday.

The Republic of Altai, located in the eponymous mountain range, has a population of 210,000. Its two biggest ethnic groups are Russians and the indigenous Altai people, who adhere to either Christianity of shamanism, but the region also has a small population of Kazakh Muslims.