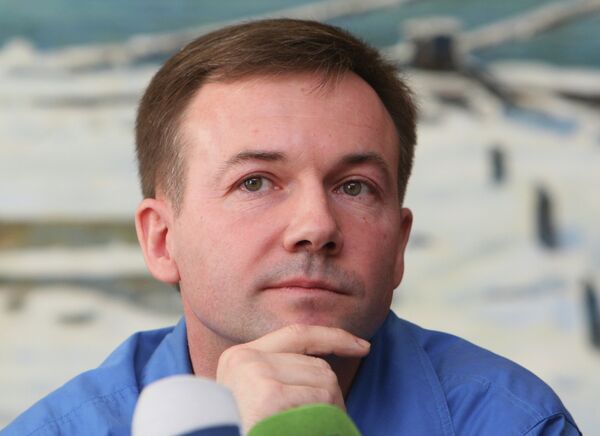 Yury Lonchakov will be formally discharged from his job on September 14, Irina Rogova of the Gagarin Cosmonaut Training Center told RIA Novosti.

Rogova’s boss, Sergei Krikalev, was cited by Russian media as saying that Lonchakov “found a more interesting job,” but did not elaborate. Rogova could not name Lonchakov’s new job.

No replacement was announced for the spaceman, who was set to fly to the ISS as the commander of Expedition 44 in May 2015 along with Russian cosmonaut Mikhail Korniyenko and NASA astronaut Scott Kelly. The backup crew comprises Russian Oleg Kononenko, Japanese native Kimiya Yui and NASA representative Kjell N. Lindgren.

Lonchakov, 48, had been on the Russian cosmonaut squad since 1998 and made three space trips between 2001 and 2009, including one in the company of space tourist Charles Simonyi of Microsoft. Lonchakov spent a total of 200 days in orbit and made two spacewalks with the combined duration of more than 10 hours.

The Gagarin Cosmonaut Training Center has been rocked by reorganization problems since 2009, when it was transferred from the Defense Ministry to the civilian Federal Space Agency. An unnamed Russian cosmonaut told the Moskovsky Komsomolets newspaper last year that the prolonged reorganization had affected cosmonauts’ income and career prospects, breeding discontent in the ranks.

Once a dream job for Soviet kids, being a cosmonaut does not hold much allure in modern Russia: Only 5 percent of adult Russians actually wanted to grow up to be cosmonauts, with doctors, teachers, truck drivers and aviators all being more popular, according to a 2011 study by the Public Opinion Foundation. Russia’s first-ever open cosmonaut recruitment drive attracted a mere 300 applications last year, compared with 6,000 for NASA in 2011.