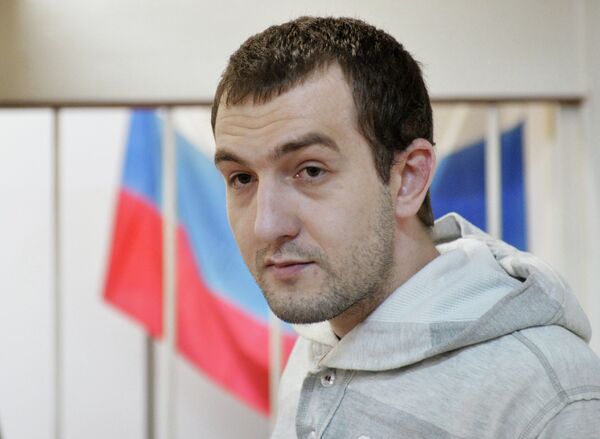 Ilya Pyanzin’s trial, which kicks off Friday, will be fast-tracked and his possible sentence capped at two-thirds of a maximum, the spokesperson told RIA Novosti.

Pyanzin stands accused of plotting to kill a state official, as well as banditry and illegal firearm production and possession, the combined penalty for which is 20 years in prison, according to Moscow City Court data available on its website.

Investigators say Pyanzin was a radical Islamist who planned to use a self-made bomb to blow up a cortege carrying Putin and Chechen leader Ramzan Kadyrov in Moscow.

However, Pyanzin and his two alleged accomplices from Chechnya botched the job when training to use explosives in the Ukrainian city of Odessa last year, investigators said at the time. One of the two Chechens was killed by the blast, and Pyanzin and the other Chechen, Adam Osmayev, were detained some time after the explosion.

The incident came to light shortly before the Russian presidential election, which brought Putin back to the Kremlin. Rivals of Putin accused him of fabricating the story, but his spokesman dismissed the criticism, insisting that the plot was real.

Pyanzin, who was extradited to Russia in August 2012, had previously denied involvement in the alleged terrorist plot.

Osmayev pleaded guilty earlier, but then retracted his confession, saying Ukrainian investigators acting on behalf of Russian colleagues had tortured him. His extradition to Russia was halted by the European Court of Human Rights, but he is currently on trial on the same murder plot charges in Ukraine.